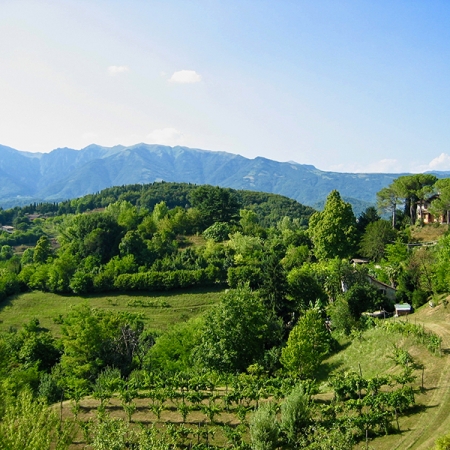 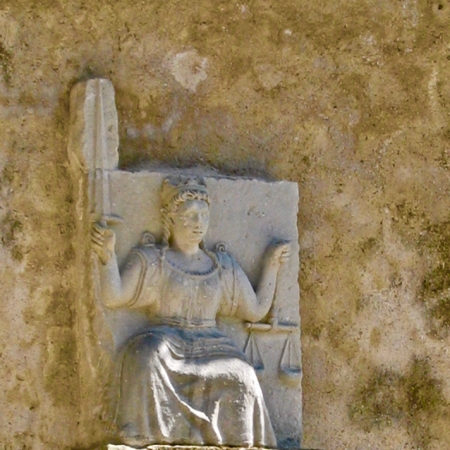 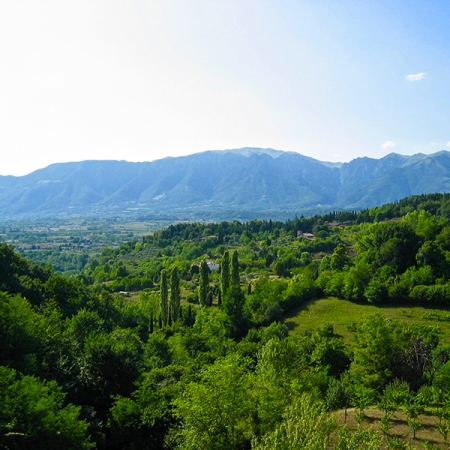 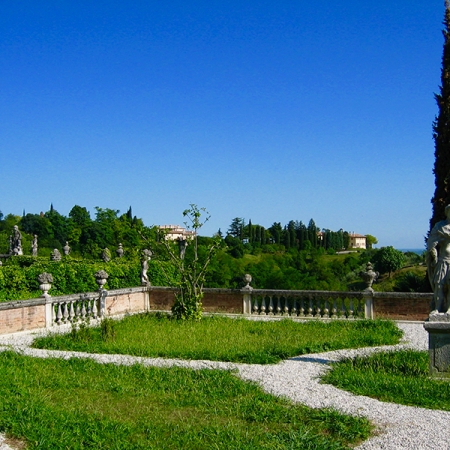 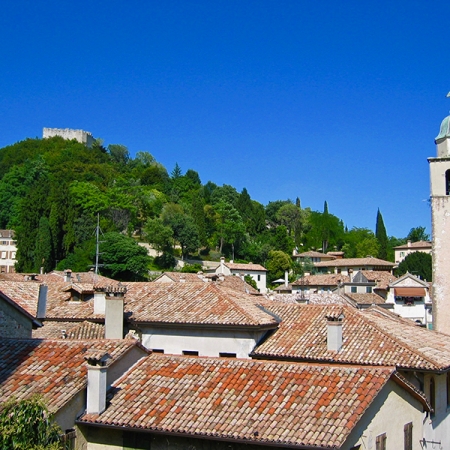 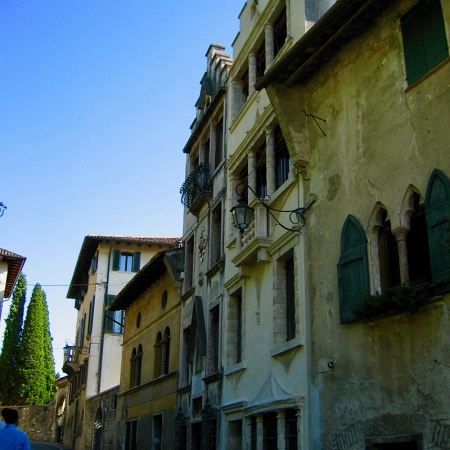 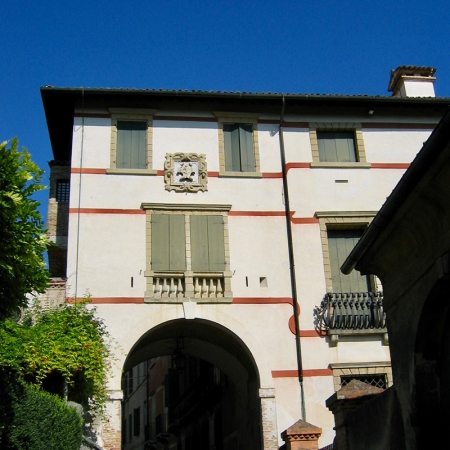 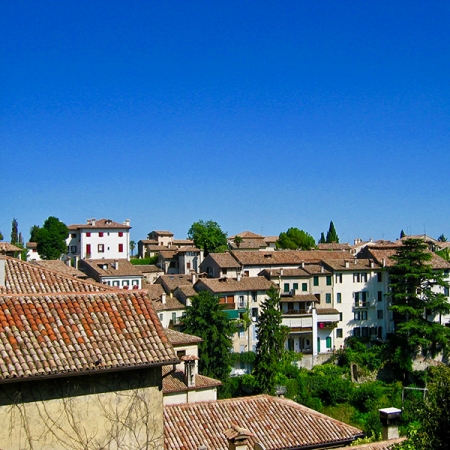 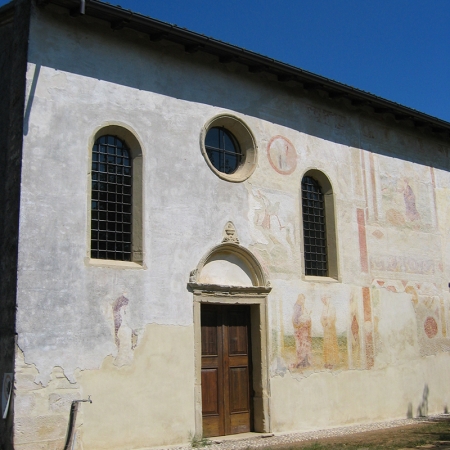 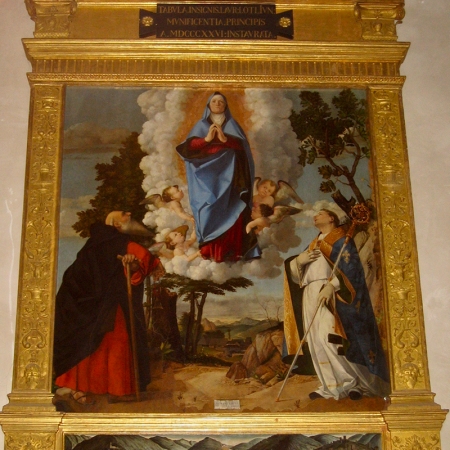 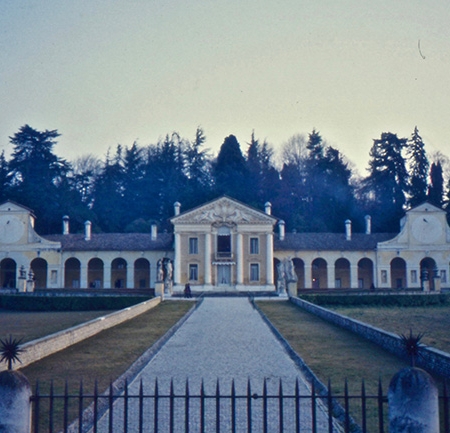 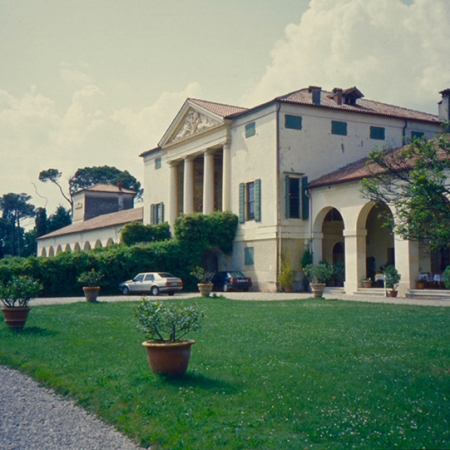 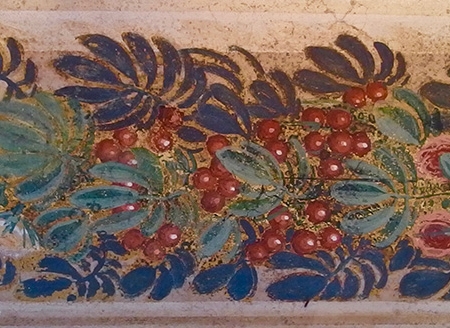 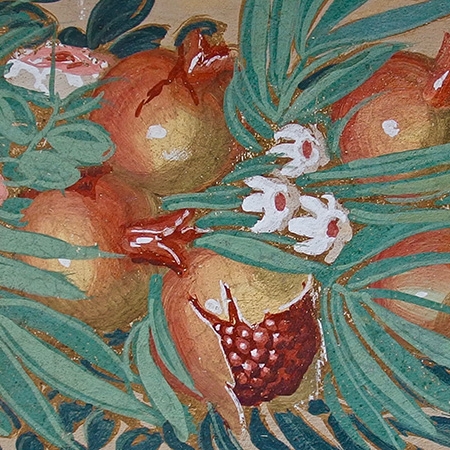 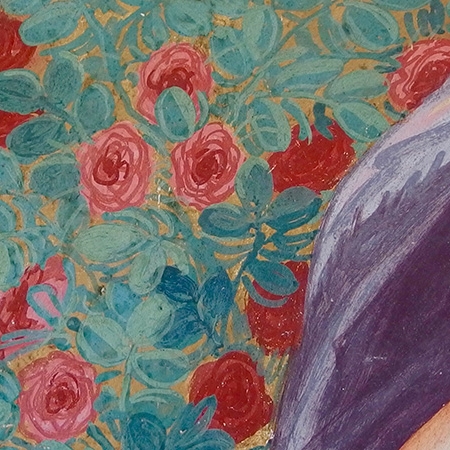 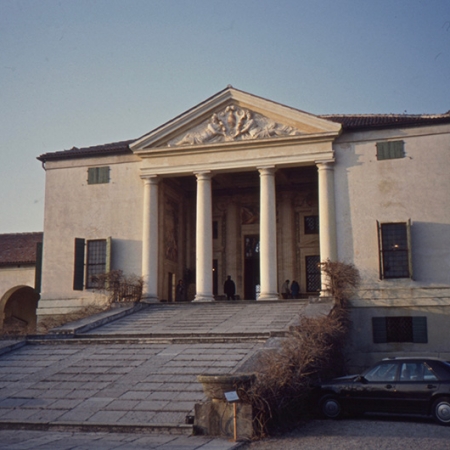 “Palladio’s masterworks” itinerary includes his best Villas in Treviso province. In the early morning meet your guide and a taxi driver at Piazzale Roma or another Veneto town for an exciting full-day tour in the regional countryside.

The first destination is the charming Asolo, described as “town of one hundred horizons,” by the great Italian poet Giosuè Carducci.

It is an attractive hill town with spectacular views on the Veneto plain and Mount Grappa: the Rocca, a Roman origin castle, crowns the hilltop, surrounded by a pedestrian historical center at the bottom.

Asolo preserves the memories of historical celebrities, such as Caterina Cornaro. The Venetian noblewoman was given this land in exchange for Cyprus, where she ruled as Queen in the late 15th century.

One of Caterina’s chief courtiers was Pietro Bembo, a poet and learned man from Venice, inspired by this quaint village for “Gli Asolani,” a treatise on the art of courtly love.
In 1889 the English poet Robert Browning published a volume of love lyrics entitled “Asolando”, including narrative, poems, and meditative monologues.

In the early 20th cent., Ernst Hemingway was fascinated by the atmosphere, the delicious food specialties, and the intact Medieval landscape.

We stroll along the peaceful alleyways lined with arcaded and frescoed houses. Stone memorial plates on the brick walls remind us of renowned composers, actors, famed novelists who lived there for a short time.

The great Italian actress Eleonora Duse made Asolo her home in the last four years of her life and asked to rest forever in the local cemetery.

Among traditional workshops, the “Tessoria Asolana” is a textile atelier established in 1840 that still produces handwoven silk scarves, linen tablecloths, and colorful alpaca shawls.
The main church enshrines a great altarpiece, “The Assumption,” by Lorenzo Lotto, one of the best figurative painters of the Venetian Renaissance.

In fine weather, we can walk up to a scenic hill, enjoy beautiful sights and gentle slopes dotted with floral gardens.

Apply to your guide at lunchtime for a cozy Trattoria in town serving tasty dishes with seasonal ingredients.
Our tour “Andrea Palladio masterworks” continues with the nearby and magnificent Villa Barbaro at Maser, designed by the great architect and frescoed by Paolo Veronese, today Unesco World Heritage site.

The Villa was commissioned in 1554 by two distinguished Venetian noblemen, Daniele and Marcantonio Barbaro, the former Patriarch of Aquileia, the latter Venice Ambassador.

The main rooms were masterly frescoed by Paolo Veronese, with a profusion of landscapes, genre, and mythological scenes, starring the Gods of Olympus.

Behind the Villa is the monumental Nymphaeum, with marble statues and fine bas reliefs. The water comes from a natural source that provided drinking water and fresh fish to the entire Villa.

After a short drive, we reach Fanzolo for a visit to Villa Emo, one of the most accomplished and renowned villas by Andrea Palladio.
It was built in 1558 for the Venetian aristocrat Leonardo Emo, an influential military who long served the Venetian Army.
He also dealt with new agricultural produce, due to the farming estate in Fanzolo owned by his ancestors.

Emo was a pioneer in “Indian corn” growing in Veneto. This protein-rich cereal, which arrived from America, often appears on the painted walls of small rooms where the nobleman met peasants.

The Villa design is based on an elevated residential block, flanked by two long, arcaded barns and a stable.

The perfect visual balance ennobled by Classical style decoration was a model for generations of architects all over the world.
Large, colorful frescoes by the Veronese painter Giambattista Zelotti decorate interior rooms.

Each mythological allegory hints at the high moral values of the family.  Zelotti focussed on farming-based wealth and the Roman military enterprises: great history could still affect modern times.

The building was entrusted in 2004 to a local Bank by Emo’s heirs, and like Villa Barbaro, is a Unesco World Heritage site too.
At the end of “Andrea Palladio masterworks”, we drive back to Venice.

In the mid-1400s, Venice was one of the wealthiest and most populated cities in Europe, its prosperity due to international trade.

Many important buildings, both churches and private and public palaces, were built during this period.
Gothic forms had been introduced by mendicant orders, but had been blended with the traditional Veneto-Byzantine and oriental motifs, both part of the city’s cultural heritage.

The original Venetian Gothic style remained deeply ingrained until the end of the 15th century, when even Venice began to introduce the new Renaissance forms, which had begun in Florence and had already spread to many other Italian regions.

The Early Renaissance in Venice coincided with a very shocking event: in 1453 Constantinople fell to the Ottoman empire. Many outstanding Greek personalities relocated to Venice renewing traditional interest for Greek and Byzantine culture. Early Renaissance architecture in Venice speaks a Neo Byzantine rather than Neo Roman language. Many new churches were built in the shape of a Greek Cross, and both palaces and churches were lavishly decorated with ancient polychrome marbles.

The transitional period between late Gothic and Early Renaissance in Venice is therefore of extreme interest, with many buildings displaying a quintessentially “Venetian”  preciousness of materials and a rich variety of tracery and colors.