ART AND SCIENCE IN PADUA 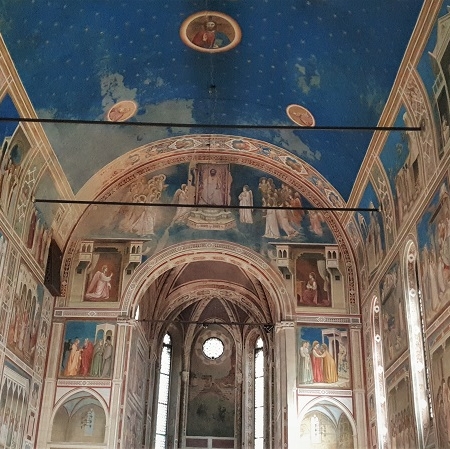 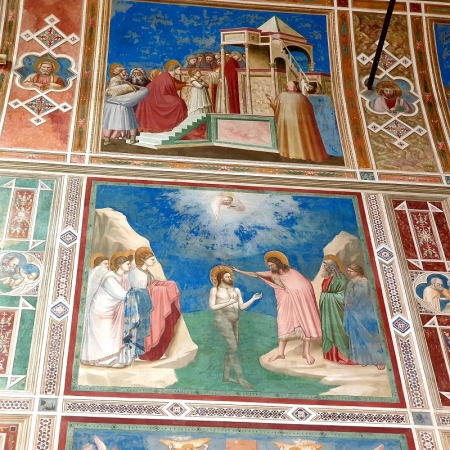 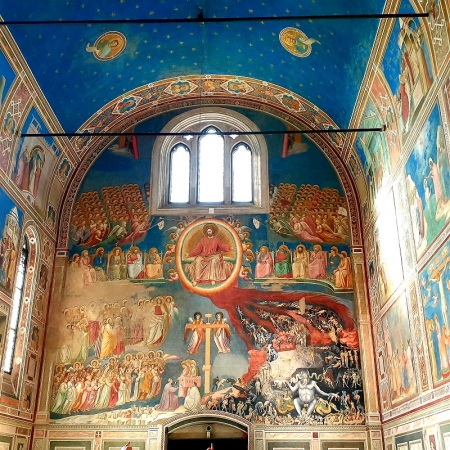 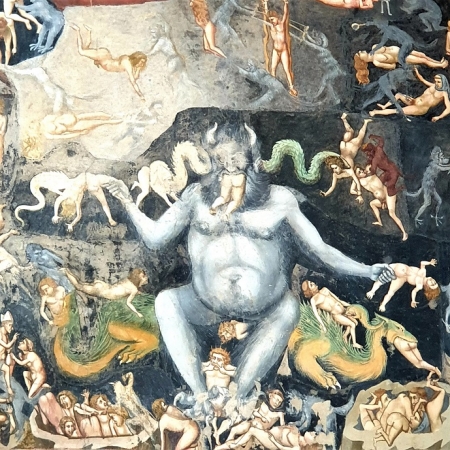 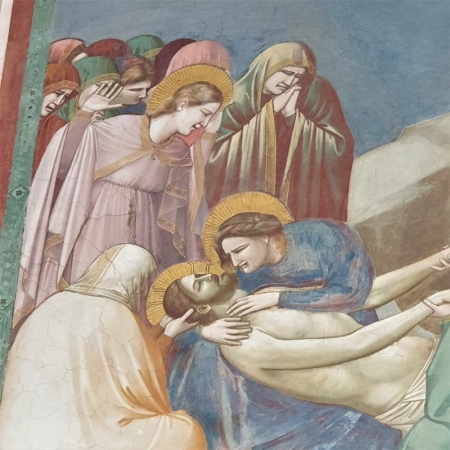 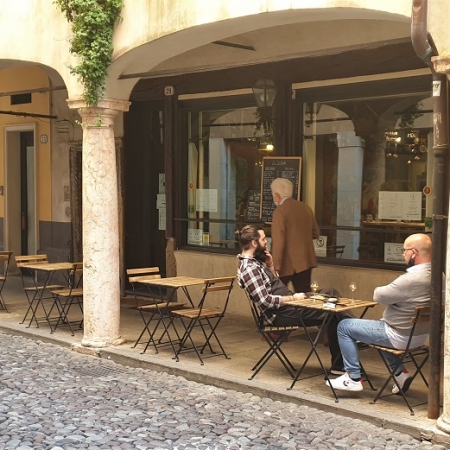 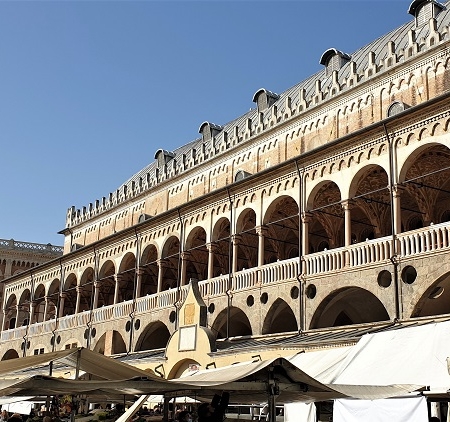 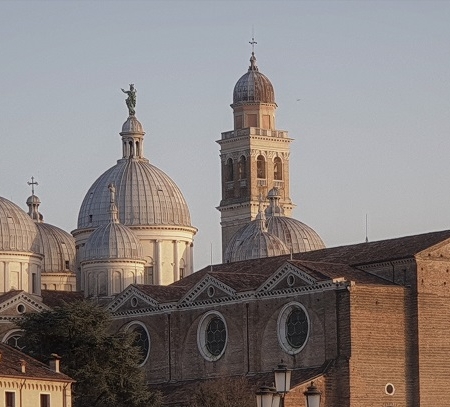 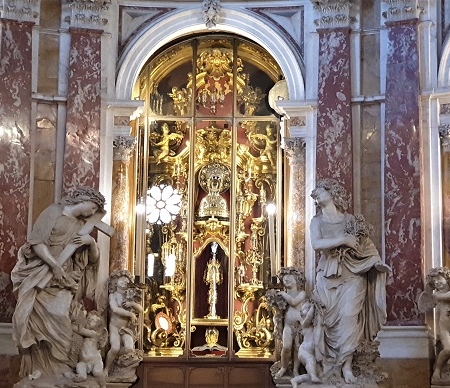 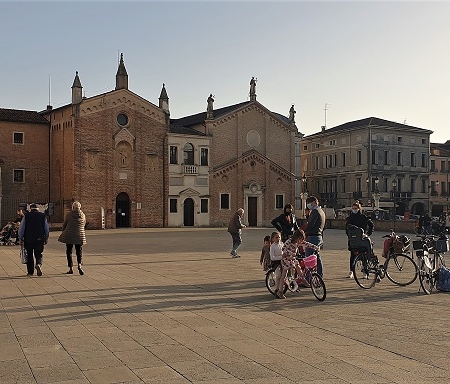 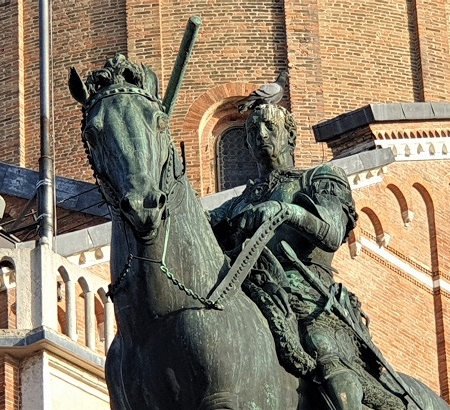 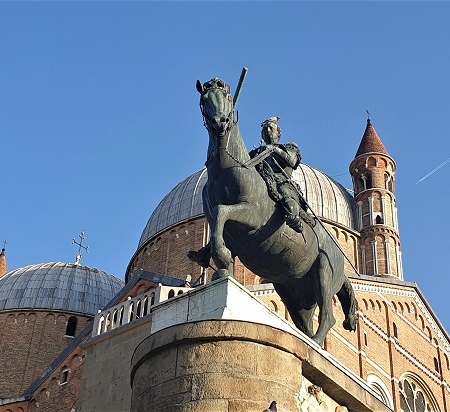 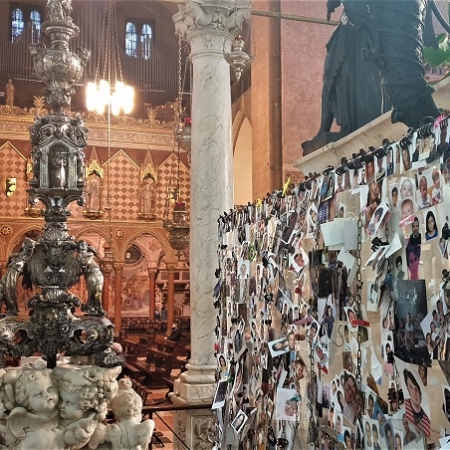 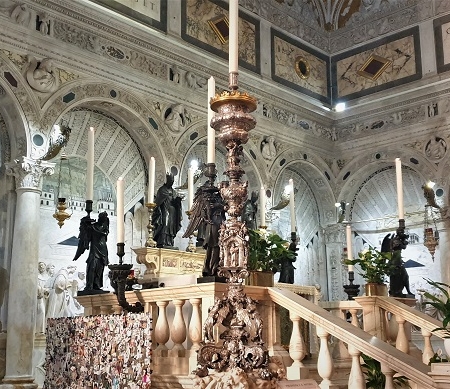 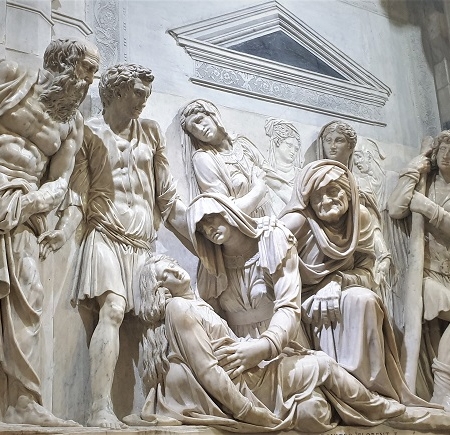 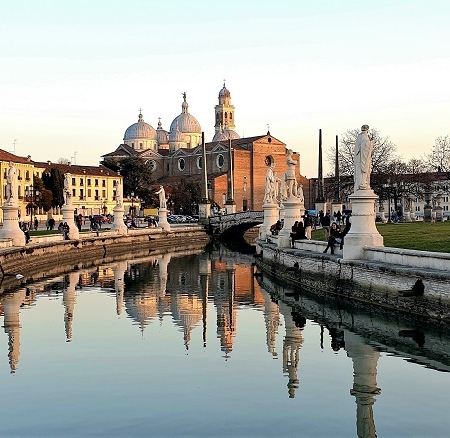 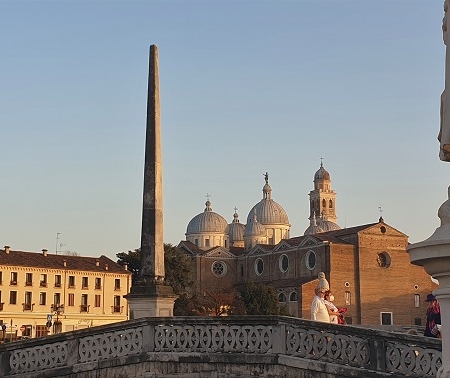 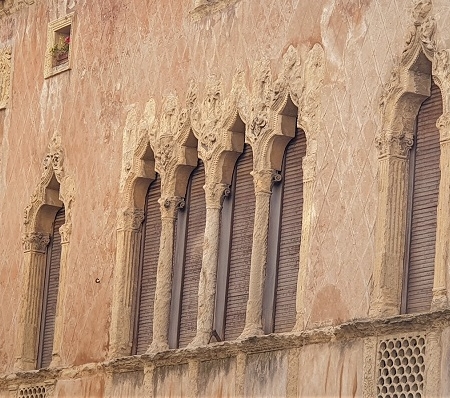 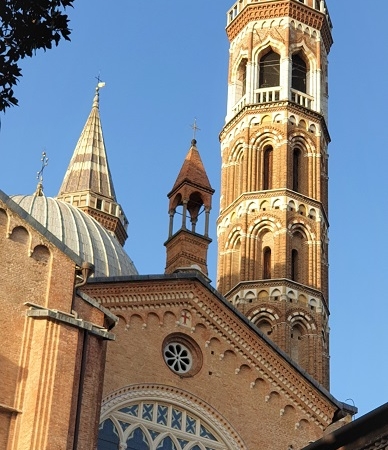 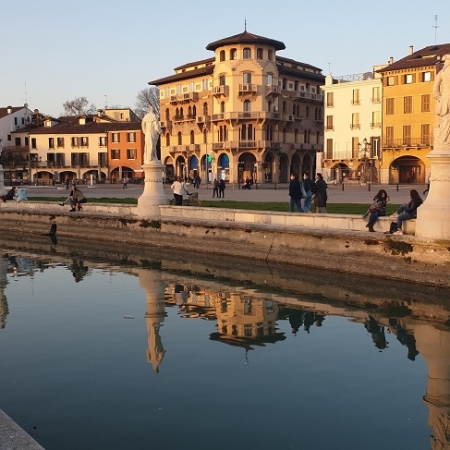 ART AND SCIENCE IN PADUA

Upon meeting your guide at the Padua train station, you will take a short stroll to the Scrovegni Chapel, which enshrines Giotto’s splendid frescoes (1303-1305), wonderfully restored and vibrating with light and color.

Nearby is the Eremitani Church, built at the turn of 13th century, with a wonderful wooden ceiling thanks to Fra’ Giovanni, and many monumental tombs.

Seriously damaged by bombs during World War II, it still preserves some frescoes by Guariento (14th century) and some early masterpieces by Andrea Mantegna (1448-1457) in the Ovetari Chapel.

We now enter a picturesque series of narrow medieval porticos that leads to the most famous squares of Padua: Piazza delle Erbe and Piazza della Frutta.

Busy and lively with their open-air fruit and vegetable market, the two Piazzas are separated by Palazzo della Ragione (better known as ‘Il Salone’), a spectacular 13th century building decorated with religious and astrological subjects (1425-1440).

In the nearby Piazza dei Signori, we admire Palazzo del Capitanio (1599-1605), which incorporates the Torre dell’ Orologio with its astronomic clock dating from 1344. Beyond the clock is Piazza Capitaniato with 20th century architecture by Gio’ Ponti.

Continuing our walk, we reach Palazzo del Bo, the ancient university seat.
The complex of buildings, erected between 1542 and 1601, with some modern annexes, is still today the main seat of the University founded in 1222.

Particularly beautiful are the Mannerist loggias of the Old Courtyard.
Visiting the interior, we find the Room of the Forty with Galileo Galilei‘ s chair, the Aula Magna, and the famous all-wood Theatre of Anatomy by G. Fabrici d’ Acquapendente, the oldest in the world (1594).

Opposite the University is the bizarre neoclassic Caffe Pedrocchi, built by architect G. Jappelli in 1831, is the most celebrated café’ in town.


Continue reading
Because of the presence of relics of this most-invoked Saint, the sanctuary is visited yearly by millions of pilgrims from all over the world.

Amongst the treasures of the Basilica are the frescoes by Altichiero and Giusto de’ Menabuoi (end of the 14th century), the magnificent decoration of the High Altar, by Donatello (1444-1448), and the Altar of the Saint and the Treasure.

Not far from the Basilica is the Botanical Garden, created in 1545 by the Faculty of Medicine, with an exceptional collection of rare plants.

PADUA, CITY OF ART AND SCIENCE

Padua (the ancient Patavium, called Padova in Italian) was a flourishing commercial Roman town set in a strategic position on the Po River valley.

After a long period of decline during the barbarian invasions the city became one of Italy’s most important self-ruling communities between the 11th and the 14th centuries.

In 1222 a group of students and teachers from the oldest Italian university, Bologna, migrated to Padua, founding the second university in Italy, contemporaneously to the one in Paris.

Padua soon became a center of humanist research and was based on a spirit of academic freedom.
The construction of the Basilica of St. Anthony began around 1232, soon after the death of the Saint, and was carried on until 1301.

Continue reading
In 1237, Padua fell in the hands of a tyrant, Ezzellino da Romano, regained its independence in 1256, was then taken by the lords of Verona, and then by the Carrara family in the 1320s.

Giotto was present in Padua at the beginning of the 14th century, when Enrico Scrovegni, a wealthy banker, commissioned him for the decoration of a private chapel.

These frescoes are, together with the huge Basilica devoted to St. Anthony, are easily the most celebrated landmarks in the city.

This period of history saw the Paduan university developing and later (1399) splitting into two separate institutions, a university of law and one of medicine, arts, natural sciences, philosophy. and humanities (and later theology).

The Carrara family ruled until 1405, when Padua was conquered by the Venetian Republic.

During this period Padua acted as a cultural bridge, thanks to Donatello and his influence on Andrea Mantegna, bringing Renaissance artistic ideals into still-medieval Venice.

Students came both from Italy and from over the Alps (the German student population was outstandingly numerous).

As the University was outside papal control, Jewish students were admitted. More than 200 hundred Jews graduated in medicine here. In 1678 Elena Lucrezia Cornaro Piscopia became the first woman in the world to obtain a university degree.

The oldest academic botanical garden in Europe was authorized by Venice in 1545, and still survives today.

Padua University currently has more than 65,000 students.  The city itself, with more than 200,000 inhabitants, is the financial and industrial capital of the region. The centuries-old traditions and the significant cultural heritage mix with the rhythms of urban life in a lively, vibrant atmosphere.