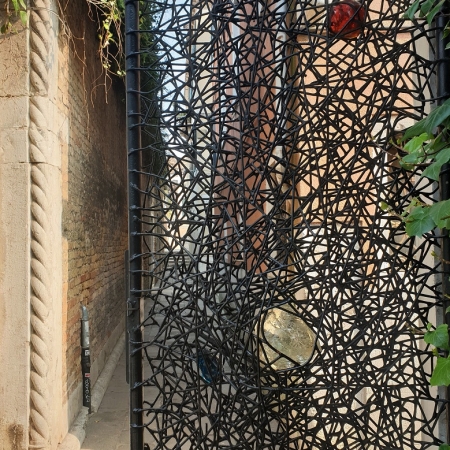 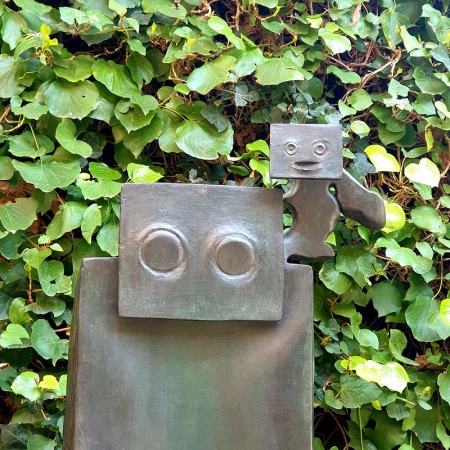 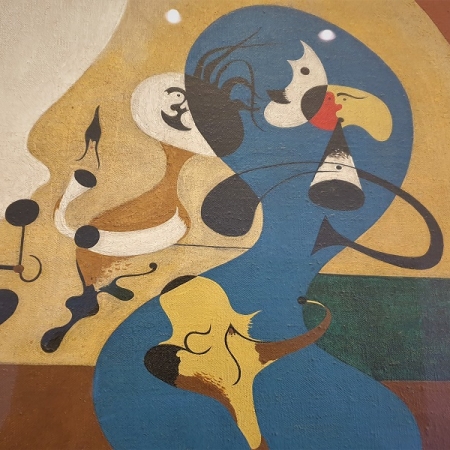 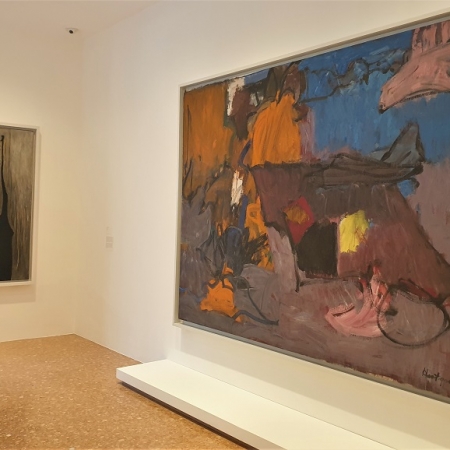 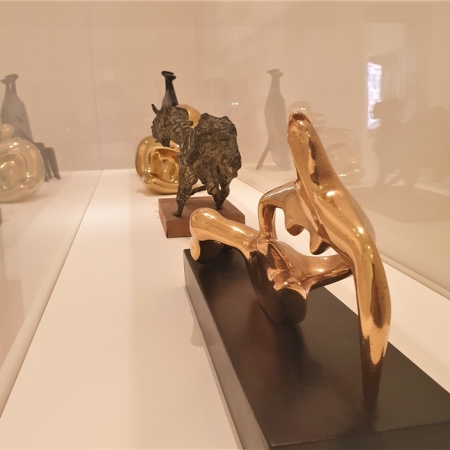 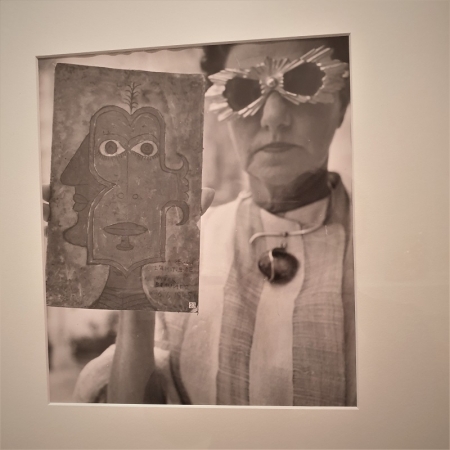 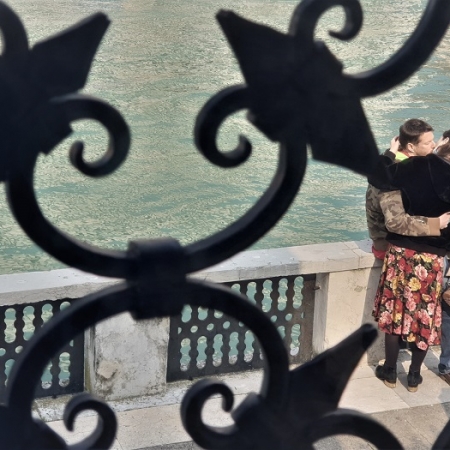 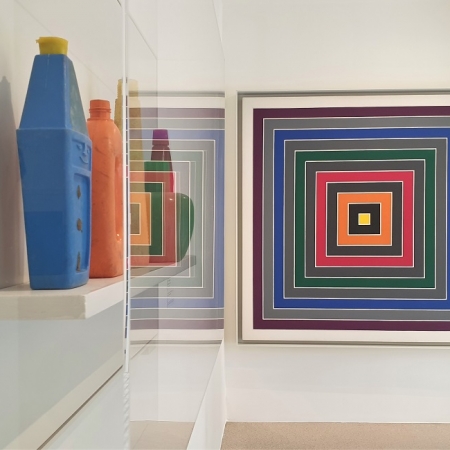 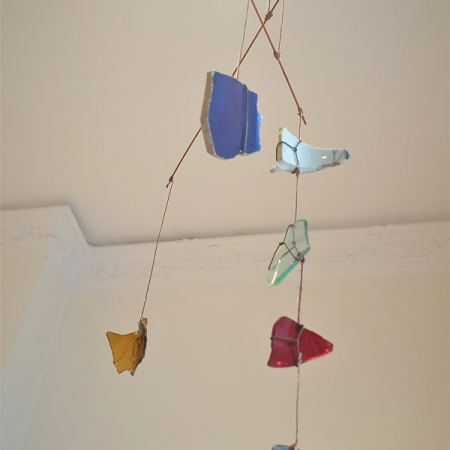 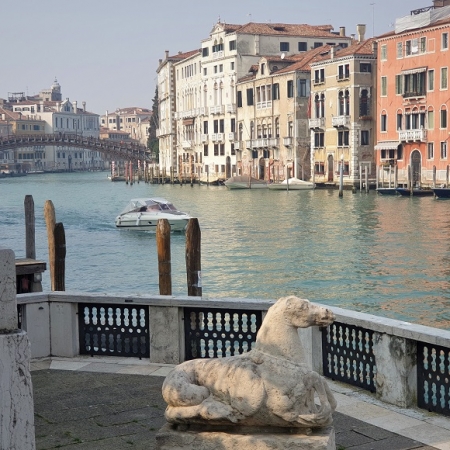 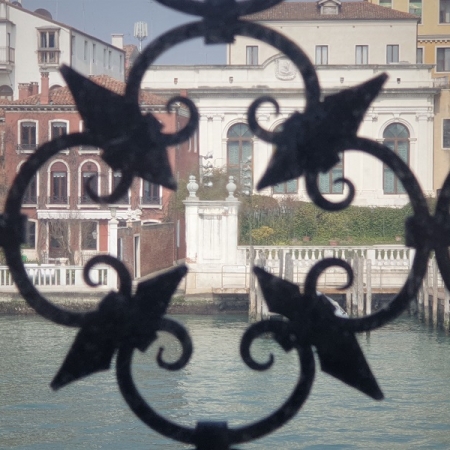 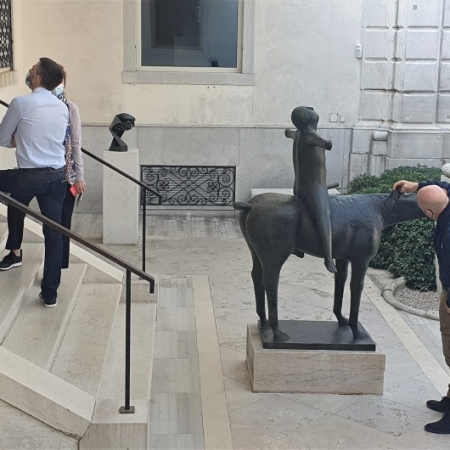 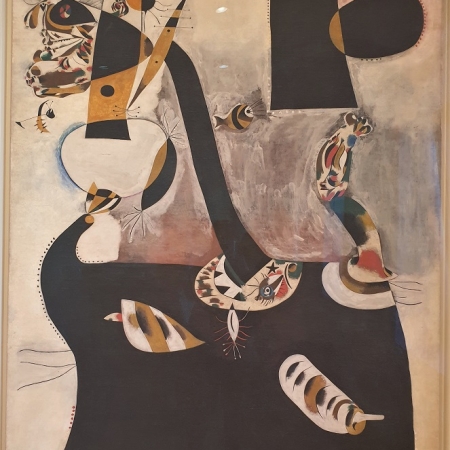 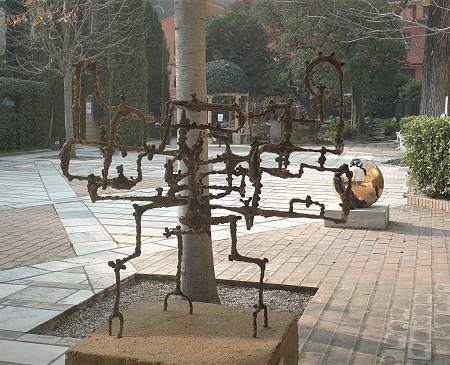 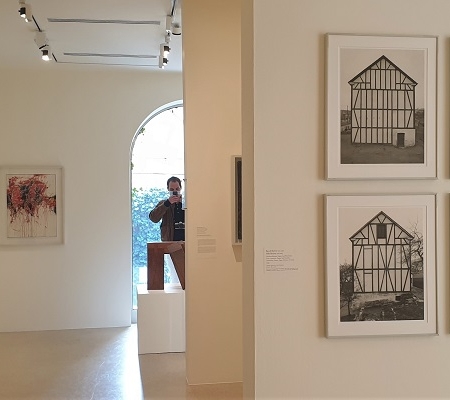 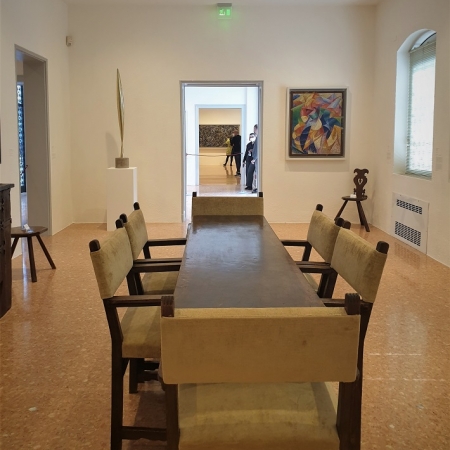 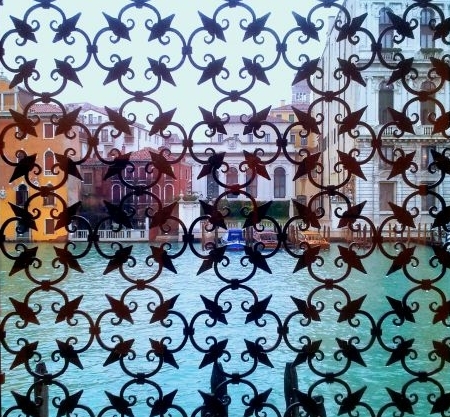 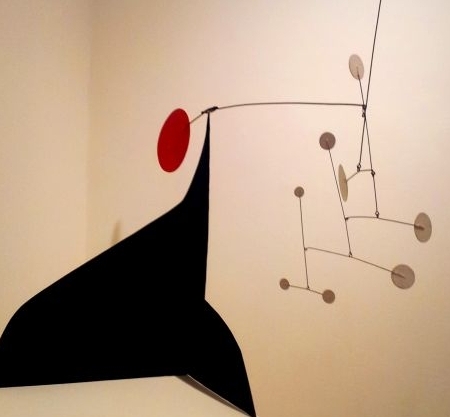 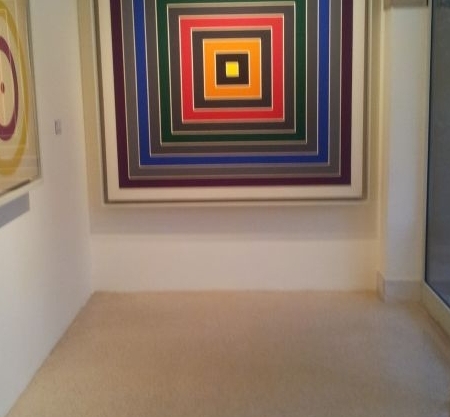 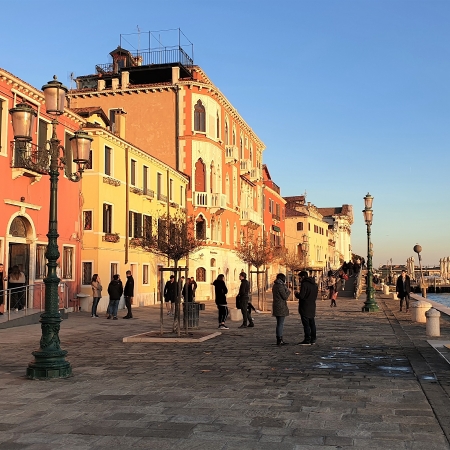 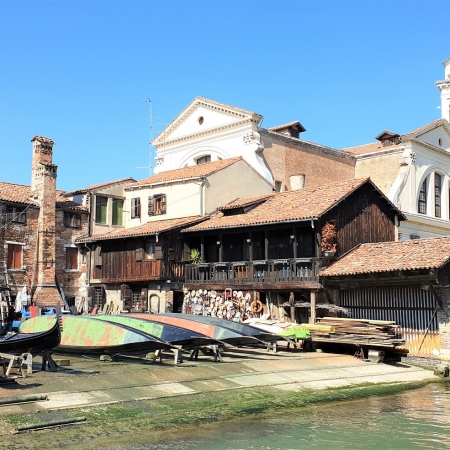 Peggy Guggenheim had adored Venice since when she was young and, after WWII, settled down here on the Grand Canal and never left. Her home, an unfinished 18th century palazzo, known as “Ca’ Venier dei Leoni”, due to the lions’ statues on its basement, became the seat of her world-famous art collection, a pole of attraction for the many celebrities frequenting Venice from the 1950s until her death in 1979.

During the last decades, Peggy’s collection, starring significant works by Picasso, Braque, Arp, Klee, Kandinsky, Chagall, Miro’, Ernst, Dali, Pollock, Rothko, Calder, Moore, and many others, has attracted a long list of prominent donations, the largest of which was no doubt the Schulhof Collection (acquired in 2012), that brought to the Lagoon a refined collection of abstract art from the 1960s to the end of the XX century.

Just to mention some: Burri, Chillida, Fontana, Kelly, Thombly, Warhol. LeWitt, Francis and many more. We will access the Museum directly through its canal gateway by water-taxi (skipping the main entrance line), admire the incomparable view of the Grand Canal from Peggy’ s sunlit terrace, and then start exploring.

Peggy Guggenheim’s home in Venice is not enormous, but the exceptional quality of the art plus the compelling story of her ‘crazy’ life as an art-addict and as an out of the ordinary woman will add a very special note to your visit. She was not just another billionaire art collector, and her house is unique, as well.

A final stroll in her sculptural garden, where she rests with her Lhasa dogs, and a peek into the well-furnished books and gifts shop (she was known for her bizarre sunglasses and earrings) will bring us outside along a peaceful canal in the elegant district of Dorsoduro. We shall have a look around the art galleries and fancy shops here and enjoy a final gelato (or coffee, or glass of wine) along the Zattere, admiring the view of the Giudecca Island on the opposite side of the wide canal, watching the people and the boats go by.

This is a less touristic area of town, much appreciated by resident Venetians and college students for its easy-going ambiance and, least but not last, for its traditional gelatos. Ask for a ‘gianduiotto’ or for a ‘panna in ghiaccio’ if you wish to act like a local! Our water-taxi will bring us back to the hotel in just few minutes.