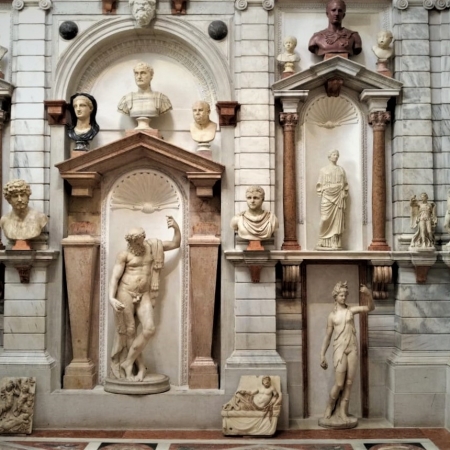 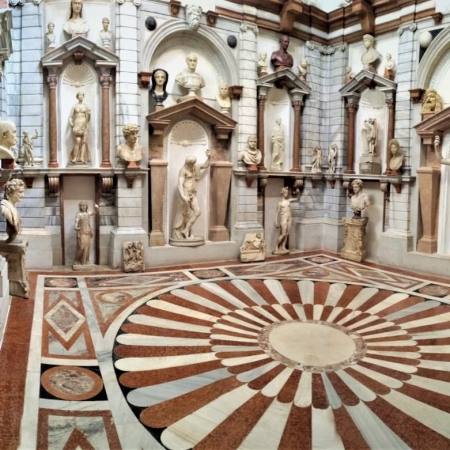 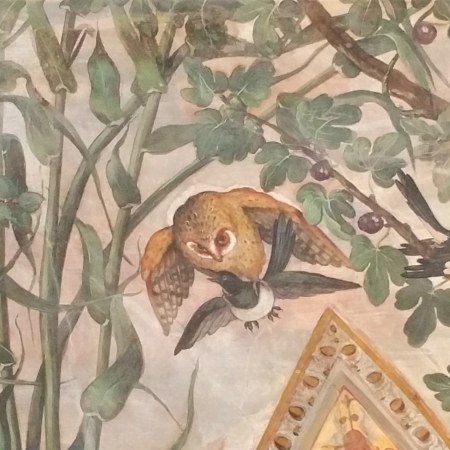 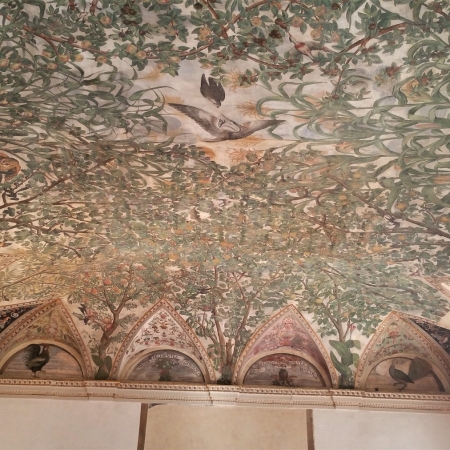 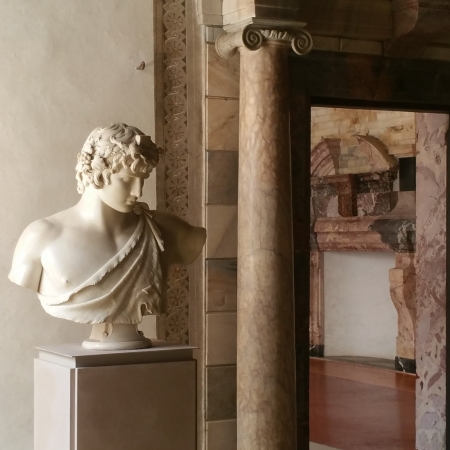 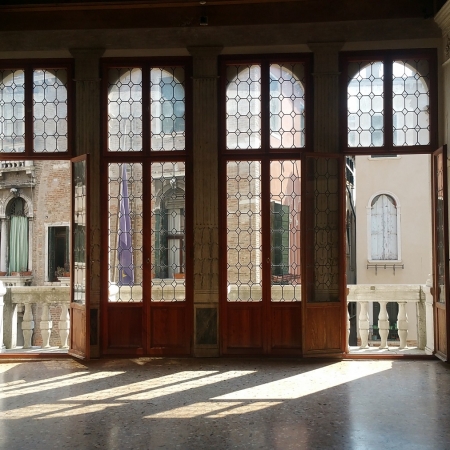 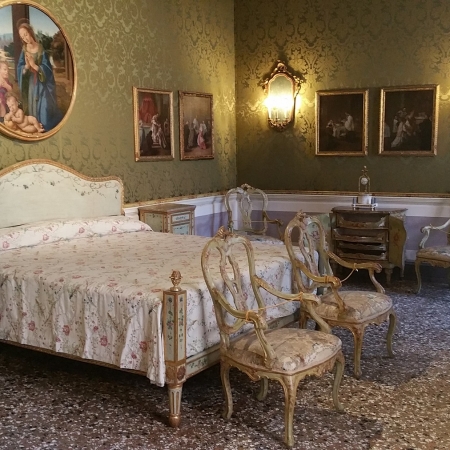 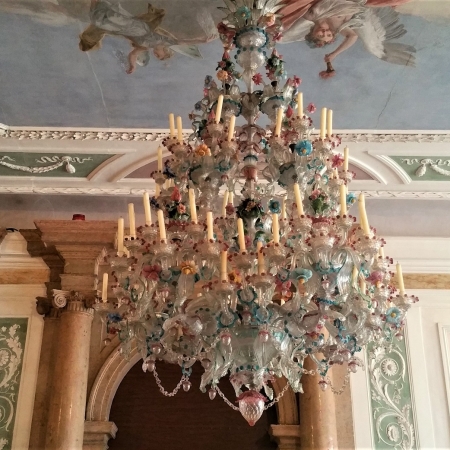 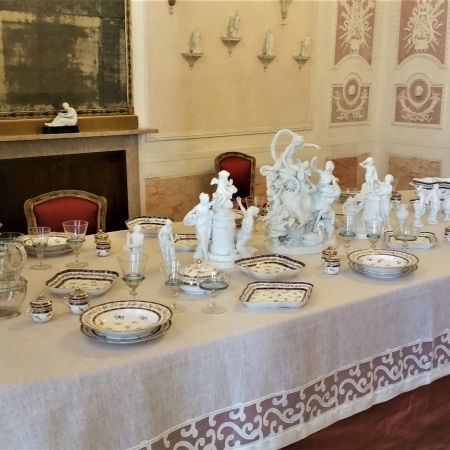 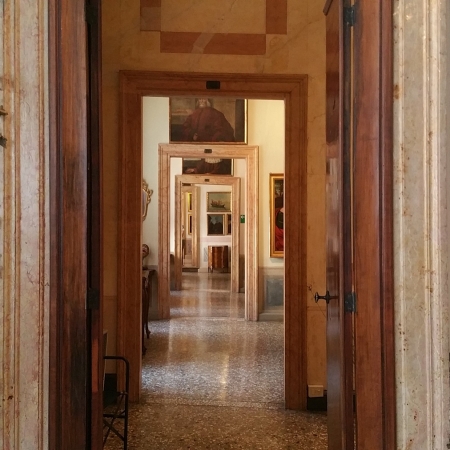 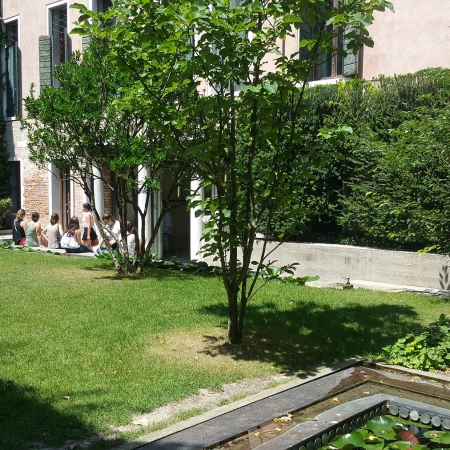 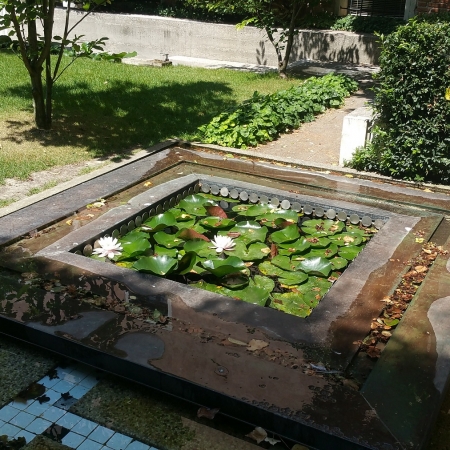 Who were the bibliophiles and private collectors living in Renaissance Venice?

Where did they live and what about the history of the families? This tour is focused on sumptuous interiors, private cabinets, official and hidden rooms that reveal the taste and the lifestyle of two Venetian aristocrat families.

Both private homes are situated in Castello district, the largest one in the city, and not far from St Mark’s Square.

Our expert guide will lead you through the first highlight of this tour, Palazzo Grimani, original residence of Antonio, who was elected Doge in 1521.

Moreover, the prominent members of this family were active in trade, politics, ecclesiastical circles, theatre, and were quite knowledge about the latest artistic trends outside Venice. When Antonio’s grandsons decided to renovate the building in 1530’s, they did not hesitate in applying to artists from Rome and Central Italy, in contrast with local traditions.

As you move to the ground level, the central large courtyard is surrounded by asymmetrical ornate porticoes with stone relieves and inscriptions, like a Roman style interior.

A grand staircase richly decorated with white stucco bas-reliefs and frescoes leads to the upper floor, which consists of 12 rooms decorated with all sorts of Renaissance subjects: the Foliage room, with painted vines, leaves, birds and flowers on the ceiling, followed by the Chamber of Apollo, decorated by Giovanni da Udine, one of Raphael’s best pupils.

Not to be missed, the Tribuna, designed by Cardinal Giovanni Grimani for his private collection of Greek and Roman busts and sculptures, the private Doge Grimani’s Chapel and in the Dining room you will walk on the pastellone, the original crusted marble floor, entirely handmade and today one of the most expensive Venetian terrazzi.

Passed the bridge to the Campo Santa Maria Formosa, you will walk to the Palazzo Querini Stampalia, an example of the way an old noble dwelling can match contemporary art and architecture.

The building dates from the early 16th century and was bequeathed to the city in 1869 by the last descendant of the family, to promote “studies and useful disciplines”.

Besides the library, the Museum preserves canvases by Giovanni Bellini, Giambattista Tiepolo and Pietro Longhi, while the ground level and the backyard with the well were renovated in 1950’s by the architect Carlo Scarpa, who used some Japanese architectural elements.

In 1990’s the main entrance was rearranged by Mario Botta, who also added a red marble staircase, an Auditorium with 132 seats and a covered courtyard, according to Scarpa’s essential and colorful lines.

Palazzo Grimani was purchased by the State in 1981 and in 2001 a decree of the Ministry of the Cultural Heritage entrusted it to the Superintendency of State Museums in Venice, which opened the Palazzo on December 20th, 2008 after a period of restauration works.

The Doge Antonio Grimani passed away in 1523 and the building was inherited by his sons, but the architectural renovation of the building is due to Antonio’s grandsons, Giovanni and Vettore.

The former was an enlightened learned man, ancient art collector and was appointed Patriarch of Aquileia, Vettore was a Procurator of St Mark, an official notary of the Republic. They applied to the major architects of that age, Jacopo Sansovino, Sebastiano Serlio and Andrea Palladio, who gave the buildings a new classical setting, where Giovanni’s ancient art pieces were strikingly displayed on shelves, mantel pieces and plinths.

Continue reading
It was one of the finest private collections of the time, and some decades later was bequeathed by Giovanni to the Most Serene Republic.

The origins of the Querini family date back from the early days of Venice and contributed to the commercial and political growth of the city. In the 14th century the branch of Santa Maria Formosa acquired the island of Stampalia, which became the hallmark of the family, Querini Stampalia.

Among the many prominent members, it is worth mentioning Jacopo who was appointed Ambassador (Bailo) at Constantinople in 1309, undoubtedly the most important representative of the national authority in a foreign country.

But one year later his nephew Marco led a plot with Bajmonte Tiepolo against the Doge in charge Pietro Gradenigo. The conspiracy failed and Marco died in St Mark’s Square with his son Benedetto, while Tiepolo was banned for life from Venice, and some properties owned by the family were destroyed in order to shame it forever.

Besides these dramatic events, the Querini managed to restore its honor and survived successfully up to the 19th century, when the Count Giovanni converted his home into a public cultural Foundation, giving his own contribution to Venice in the centuries to come.