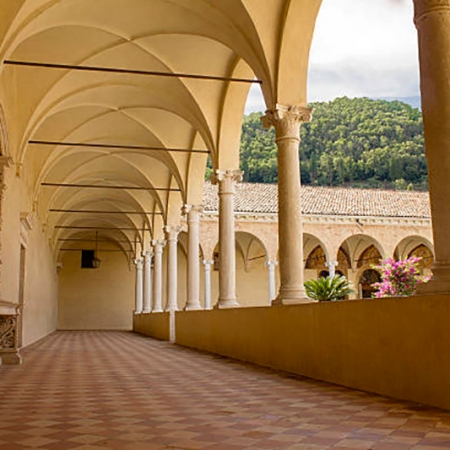 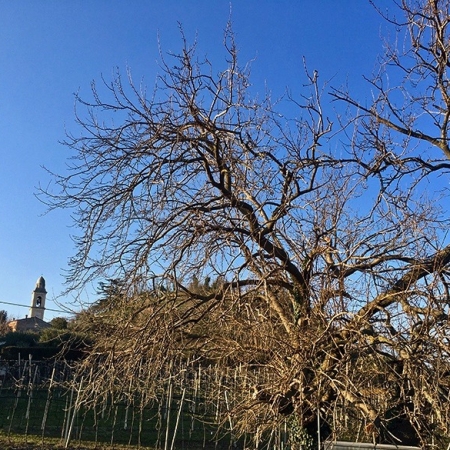 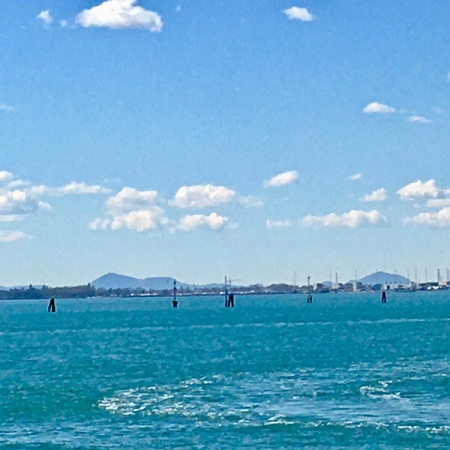 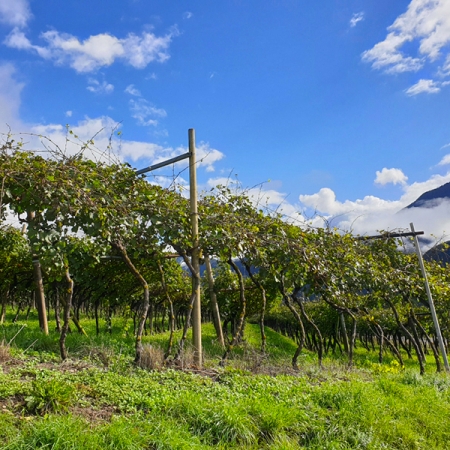 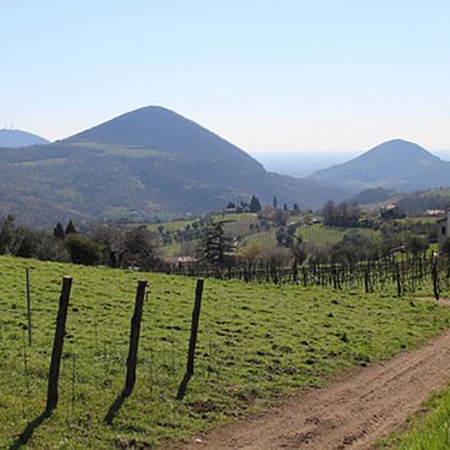 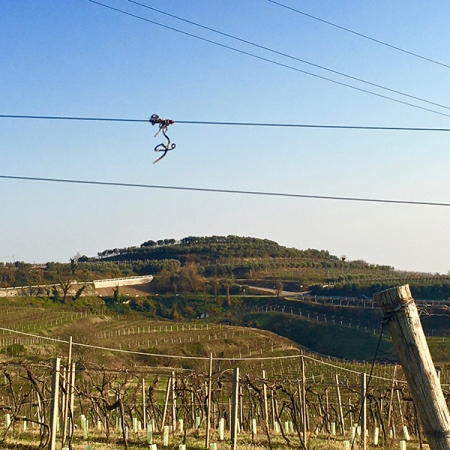 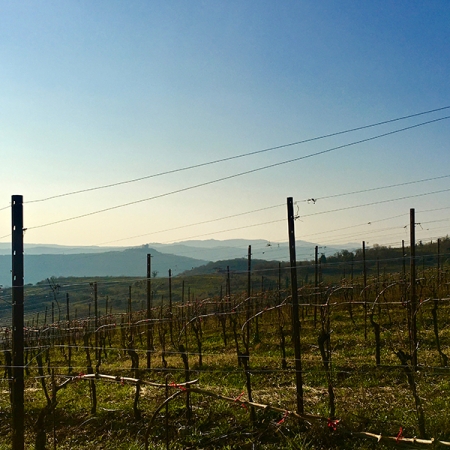 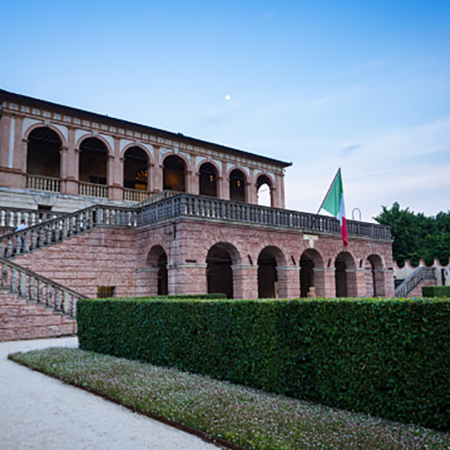 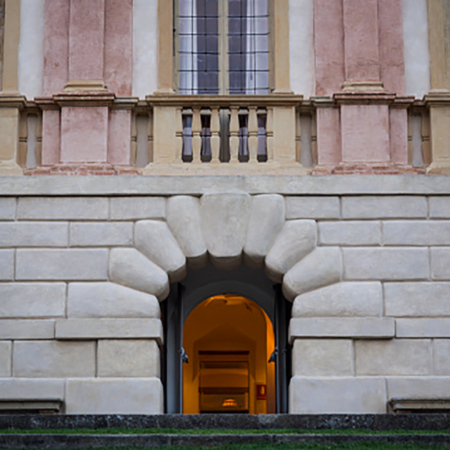 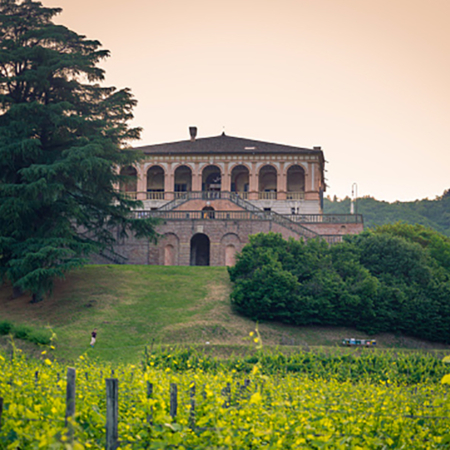 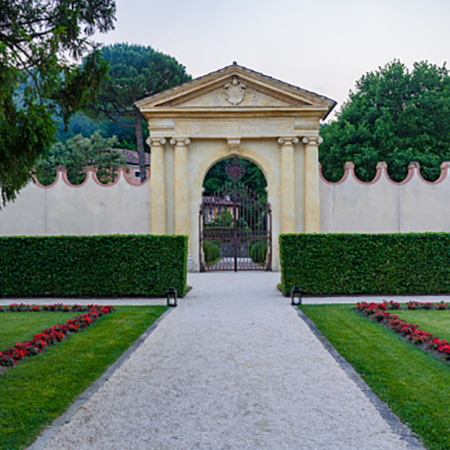 ‘Padua farmland: the Euganean Hills’, derives from Euganei people who settled down on these conical hills upon contact with the Romans.

This highland stands out from the vast plain and is visible from the Venice Lagoon on clear days!

After the fall of the Roman Empire and the Barbaric invasions, the residential settlements increased due to the safe heights and the fertile soils.

Both hermitages and monasteries greatly contributed to the social and commercial renewal of Padua province.

In the company of your professional guide, you will reach Praglia Abbey by private car from Venice.

This Benedictine monastery stands in the middle of a large green area called “Pratalea” due to fertile lawns, which were soon grown with vines, olive trees, and all sorts of crops.

It was founded in 1117 and became the cornerstone of the agricultural Benedictine colonization in the Veneto Region. In 1232 it was declared “fief” by Emperor Federico II, who bequeathed large properties to the religious community.

Throughout the Renaissance age, the monastery achieved reputation and immense wealth.

A new Abbey, including four cloisters, a guest house, and renovated barns, revitalized the monastic life.

After the fall of the Venice Republic, Praglia suffered a long period of decline and neglect. The religious community moved elsewhere and left the Abbey forever.

In 1904 thanks to the efforts of a group of enlightened donors, the religious center rose to new life.

Today people are fascinated by the peaceful atmosphere of the place, which is a remarkable destination for devotees and art lovers.

Among the highlights, it is worth mentioning a superb Guest House, and a Botanical garden for homegrown medical herbs, available at the inner gift shop as infusions, herb-based liquors, candies, and jams.

In 1951 opened the Workshop of book and paper restoration, still supported by private and public grants. They are aware of the importance of such a millenary activity.

The annexed Library preserving 120.000 volumes is another flagship of the Benedictines, which can boast a Grand Refectory with 17th-century stalls decorated with historical subjects, and the original cloisters.

Next to the Abbey is a 16th-century Assunta church, embellished with rare colorful frescoes by the painter Giambattista Zelotti, one of the most gifted Andrea Palladio’s collaborators.

The Romanesque bell tower is the only memory of the Medieval complex, dating from the 13th century.

We get in the car again on the way to Arquà Petrarca, a picturesque small town. It owes its name to the Tuscan poet Francesco Petrarca and the evocative Middle Age center.

Born in Arezzo, Francesco spent four years in a charming two-story house from 1370 until his death, and today the building is an attraction for both tourists and poetry lovers.

We go through the old rooms, preserving the mood of a Medieval cozy home, and admire some original copies of the Canzoniere, his major poetic work.

We walk through his private studio where he used to spend almost all day: on an antique wooden table, a curious guest book displays the signatures of the celebrities who visited the house, such as George Byron, Niccolò Tommaseo, and Giosuè Carducci.

As we stroll through the garden paths, the enchanting box, laurel, and apple trees create an inspiring mood for contemplation. Your guide will point out the panoramic viewpoints of the lush countryside.

Petrarca’s monumental tomb dates from 1380, opposite to Santa Maria Assunta church. It is made of solid Verona red marble blocks, topped by a stone Francesco’s portrait.

In the end, we will discover the historical center, its deli stores, and traditional wine bars serving local specialties.

The Euganean Hills, an isolated range of rounded volcanic heights a few miles southwest of Padua, are famous for their picturesque beauty and healthy hot springs.

In contrast to the monotonous surrounding plains, the area represents a naturalistic island with a surprising variety of flora and fauna, and has been a protected National Park since 1989.

The woodlands are rich with chestnuts, oaks, elms, laurels, and arbutuses, but we also find a great deal of vineyards and fruit trees.

Francesco Petrarca, the great Italian poet, discovered the village of Arqua’ in 1369: “I have built me a house, small, but pleasant and decent, in the midst of slopes clothed with vines and olives.” This is the same landscape that can be seen today.

Continue reading
Besides olive oil and several types of cheese like Grana Padano or soft “caciotta,”  13 types of wine were granted the D.O.C:  the most famous reds are Cabernet Franc and Sauvignon, while among white wines are Chardonnay, and the typical Moscato Fior d’Arancio.

The beauty of the landscape and the fertility of the soil attracted many noble Venetian families who built country villas here for their summer holidays: Villa Barbarigo at Galzignano, Villa dei Vescovi at Luvigliano, Villa Selvatico at Battaglia Terme, Villa Capodilista at Montecchia di Selvazzano, to mention a few.