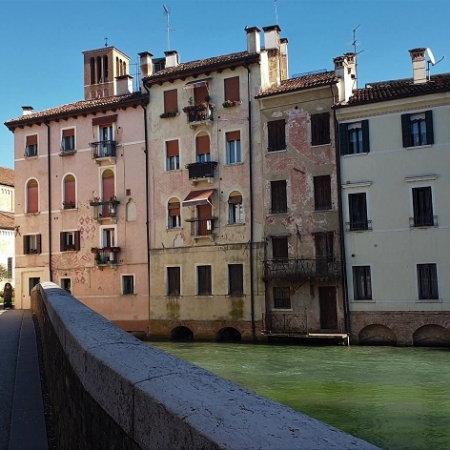 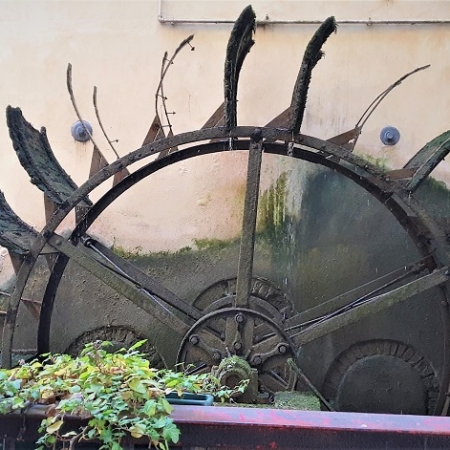 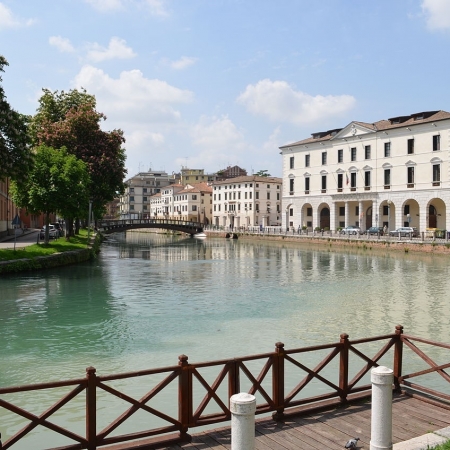 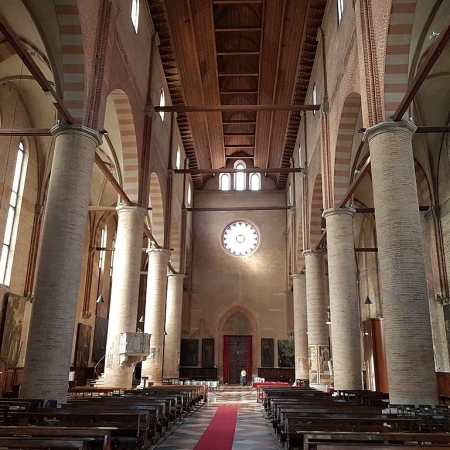 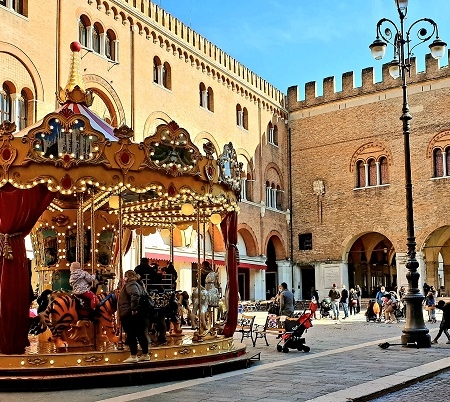 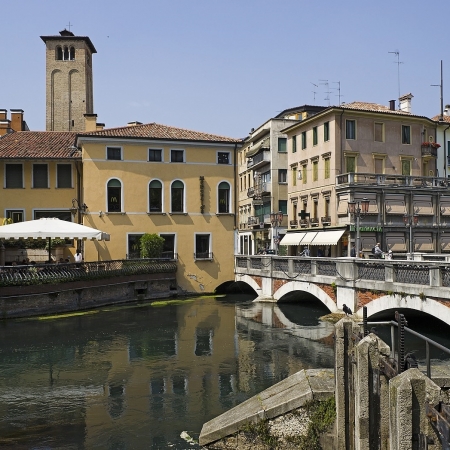 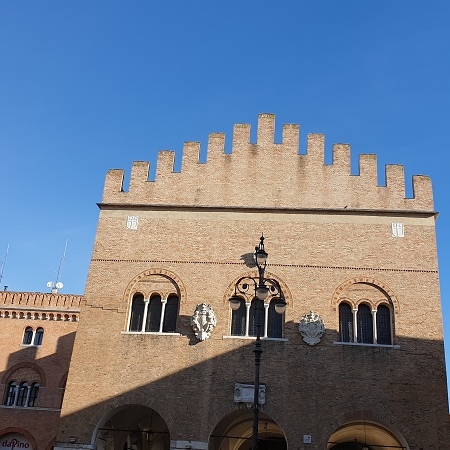 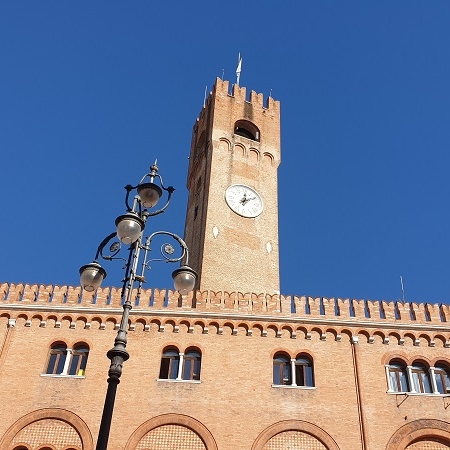 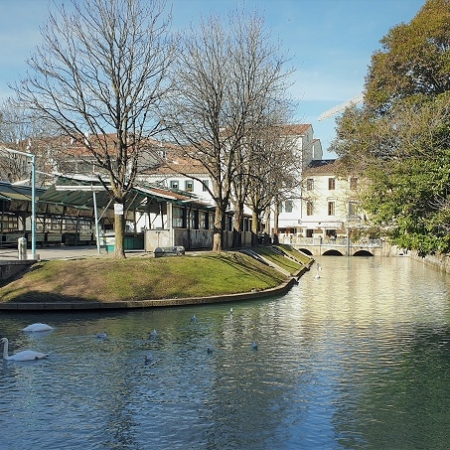 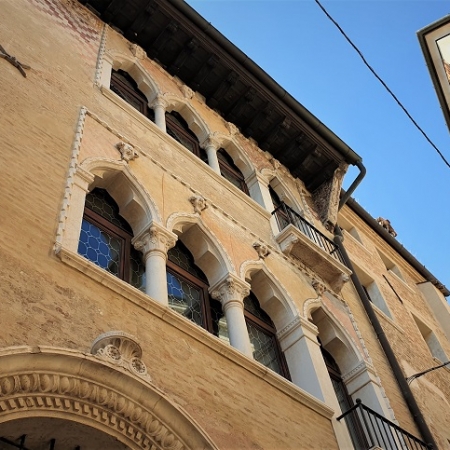 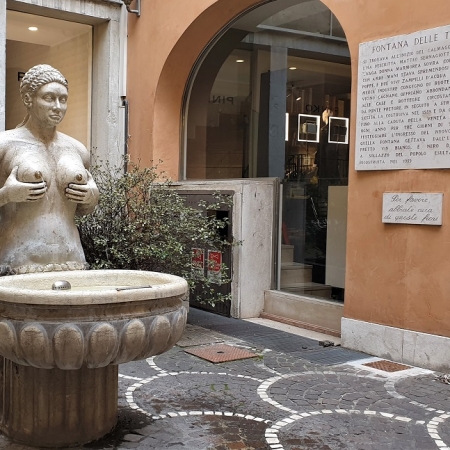 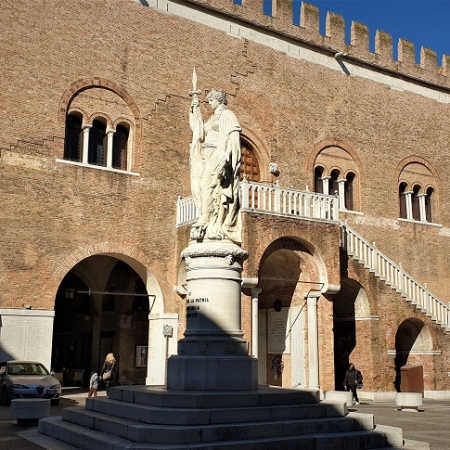 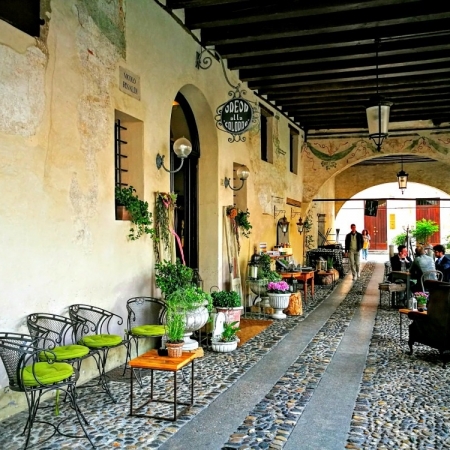 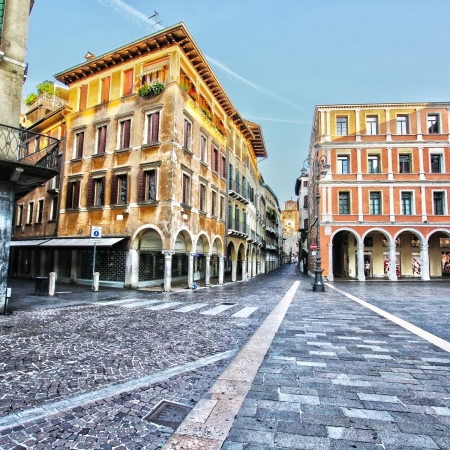 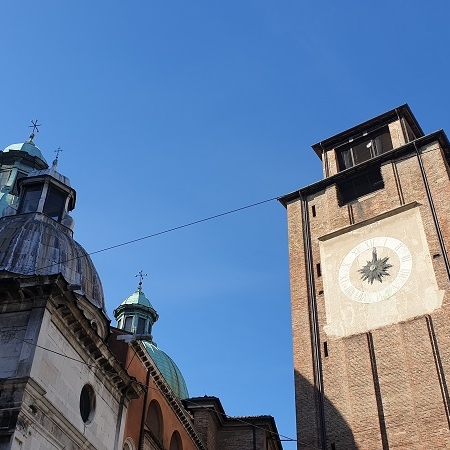 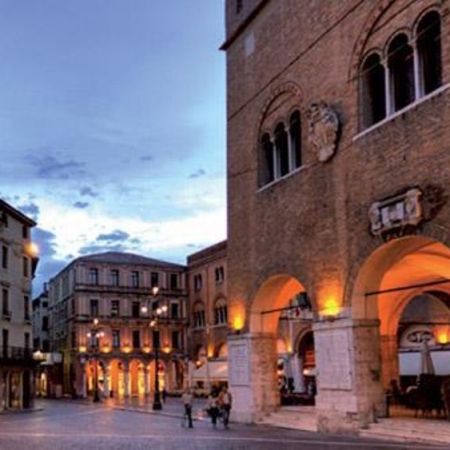 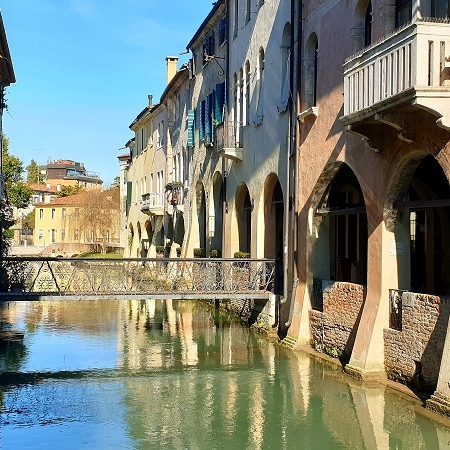 “Treviso: a subtle charm“: since the Roman Age, the earliest residential settlements of Treviso gathered around the natural confluence between the Botteniga and Sile rivers, two navigable canals that flowed into the Venetian Lagoon.

Not by chance, Treviso province was the first area to be conquered by the Venice Republic, due to its strategic location and the availability of a steady wood supply.
Venice was connected with the Veneto by railway in 1846, and today is one of the favorite means of transport daily commuters.

It is worth experiencing the pleasant trip to Treviso by train. On the given date meet your tour guide at Venice train station and enjoy a comfortable journey through regional countryside.

The first “Treviso: a subtle charm” highlight is the imposing San Nicolò church and abbey, a celebrated Dominican 13th-century sanctuary. The interior consists of a long central nave marked by 12 giant brick columns that lead to a presbytery lit by tall glass windows.

Portraits of local Saints holding their attributes, or in the act of reading antique books appear on some massive pillars.

The overwhelming full-length Saint Romualdo fresco stands on the left wall, while an opposite column displays Saint Agnese, Saint John the Baptist effigies: all of them painted by the master Tomaso da Modena (1326-1379).

A sign next to a tiny door points us to the monastery cloister, the heart of convent life. As we enter the Chapter Room, an impressive painted frieze depicts 40 notable Dominicans.

Each of them is represented in their simple cells while praying, studying, and wearing spectacles, one of the earliest examples of eyeglasses in art history. Scholars identified this monk as the Cardinal Ugo from Provence.

We continue our “Treviso: a subtle charm” tour with a stroll through the maze-like narrow and arcaded walkways until Piazza dei Signori, still today the center of civic and political power. The dominant building here is the Palazzo dei Trecento, the 13th century Town Hall.

In one of the outdoor cafés, it is customary to indulge with an Espresso or a glass of Prosecco, the most famous local sparkling wine.

In the Sixties, the Piazza was an ideal location for film shoots, due to its architectural flair and festive atmosphere.

Take advantage of this opportunity with your guide!

Not far from there is the Loggia dei Cavalieri, built in the 13th century and used as an exclusive venue for local nobility, once decorated with knightly subject paintings.

We go back to Calmaggiore, “callis major” in Latin, the Roman age main street, and enjoy the elegant shops on both sides.

At the end of it stands the impressive Duomo, founded in the 12th century and entirely rebuilt five hundred years later.

The interior is rich in art treasures, among which the “Annunciazione” altarpiece by Titian in the Malchiostro Chapel.

Moreover, marvel at the remarkable wall frescoes by two masters of the Renaissance in the Veneto, Paris Bordon, and Pordenone.

Depending on your interests and the available time, the Museo di Santa Caterina is worth visiting. It used to be a 14th-century church converted into a Civic Museum, and an Archeological Gallery.

Once more we admire  Tomaso da Modena‘s cycle of frescos showing the Life of Saint Ursula, and the celebrated picture of herself holding a church miniature in her hands.

The other relevant artworks are Lorenzo Lotto’s Portrait of a Dominican brother, and canvases by Francesco Guardi, Rosalba Carriera, and Sebastiano Ricci, who operated in Venice during the 18th century.

Our half a day “Treviso: a subtle charm” comes to an end, arrivederci!
Are you interested in other Veneto towns? Go to Padua or Verona.

Its gentle, joyful atmosphere, the relaxed pace of life provides a relief from other overcrowded Veneto towns and from an excessive concentration of not-to-be-missed highlights, like in Venice.

It is situated along the Sile river, once an important waterway connecting the Venice Lagoon to some ancient Roman roads leading to Austria and Germany.

The town center dates from the Middle Age and is quite consistent in architectural terms.

Narrow streets are flanked by tall brick towered blocks, while colorful houses along the winding canals add a rural atmosphere to inhabited areas.

Proportioned porticoed buildings offer a comfortable shelter for those who are having an aperitive with tasty appetizers in the late afternoon, on sunny or rainy days.


Continue reading
This half a day tour will also allow you to relax and discover new aspects of the Veneto region.

Treviso is certainly a very enjoyable place to browse for gourmet visitors, with the fish market next to the “Casa del Baccalà” – a codfish store -, the traditional wine bars and restaurants.  Don’t forget to sample some local dishes, based on the famous red chicory  –Radicchio- specialties, paired with the sparkling Prosecco wine.