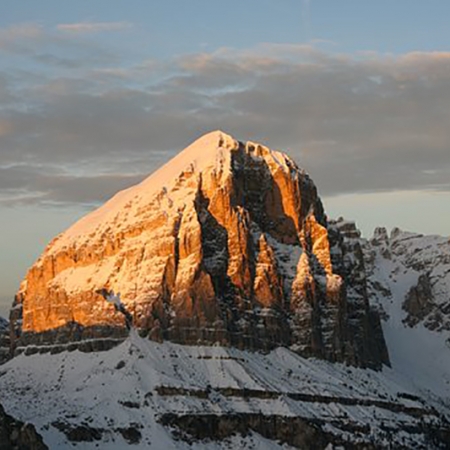 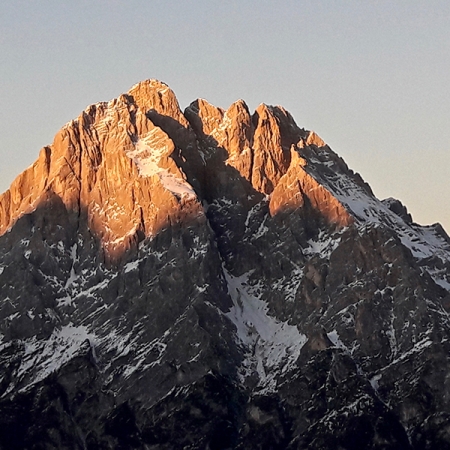 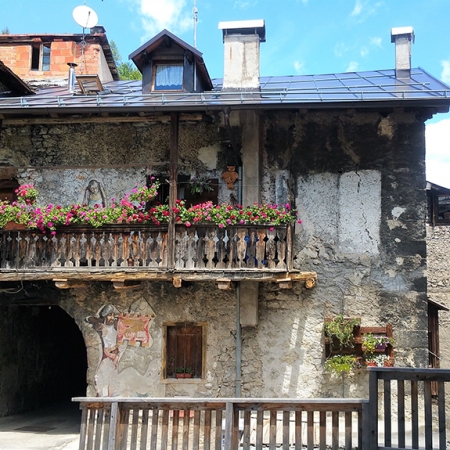 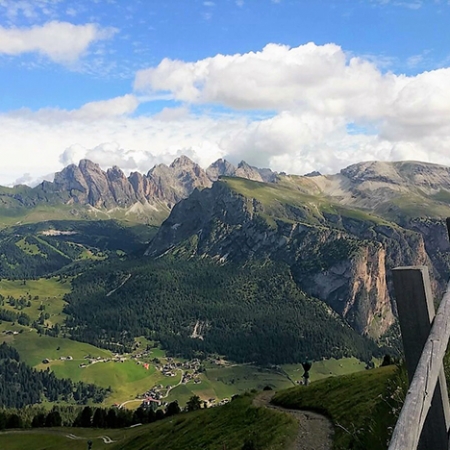 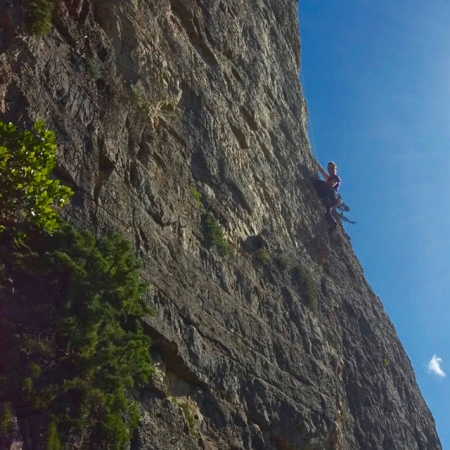 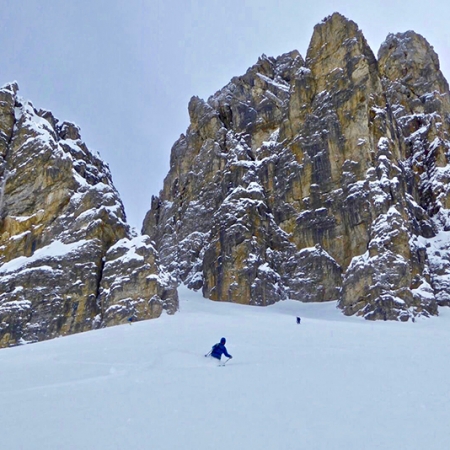 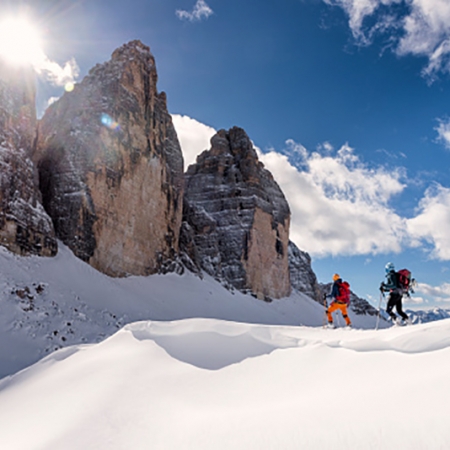 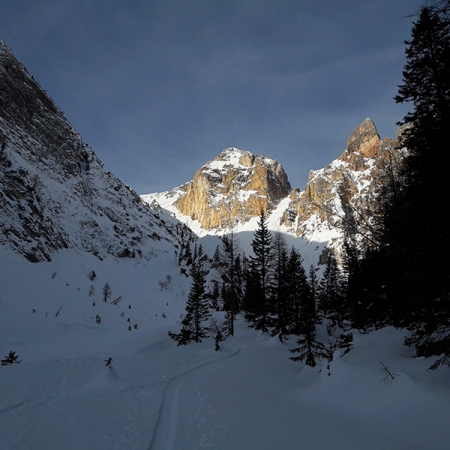 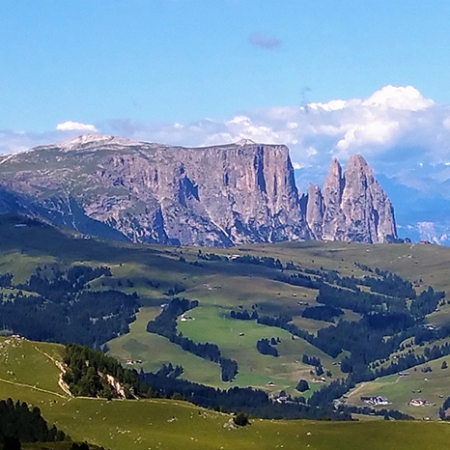 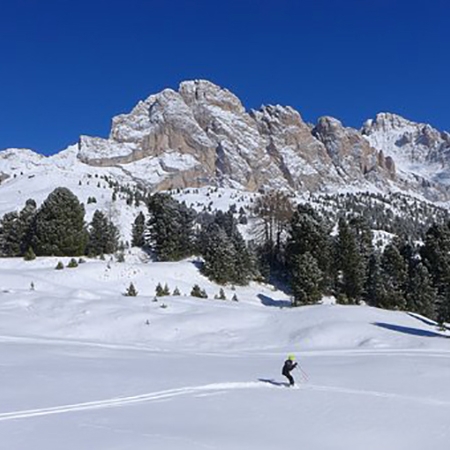 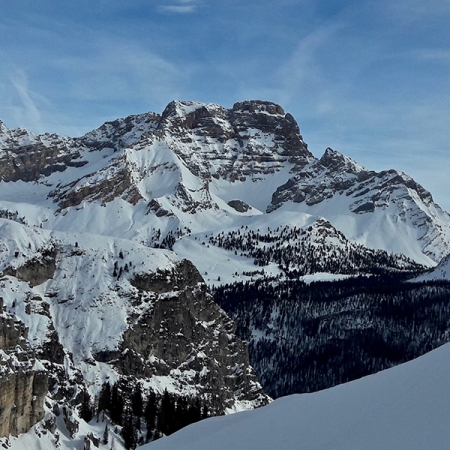 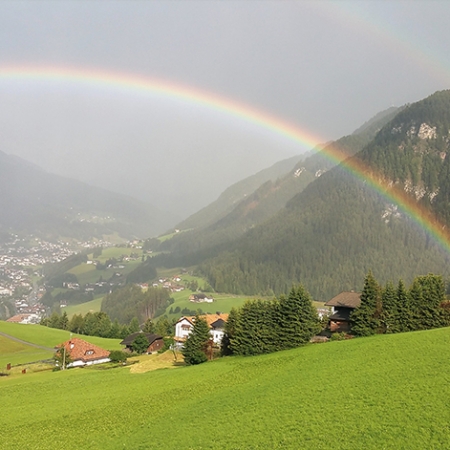 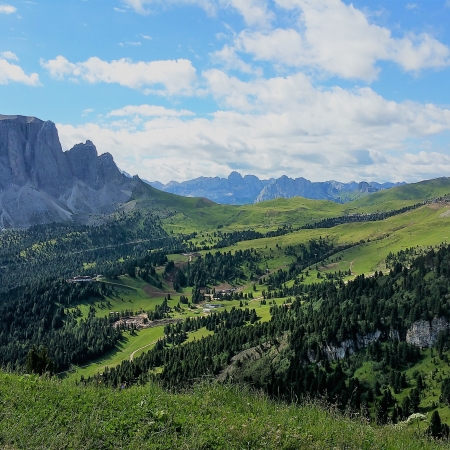 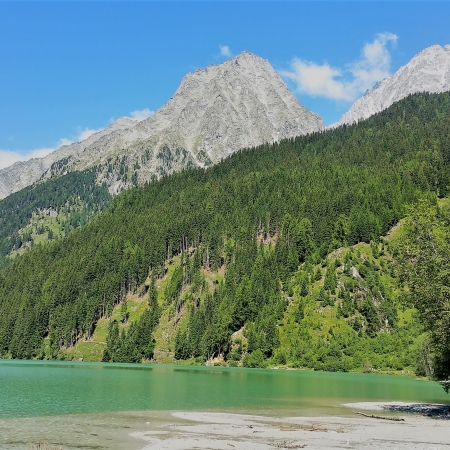 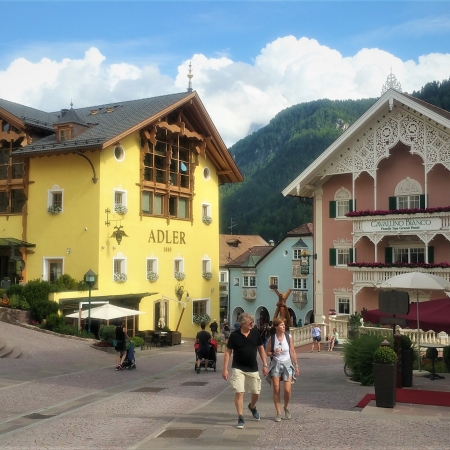 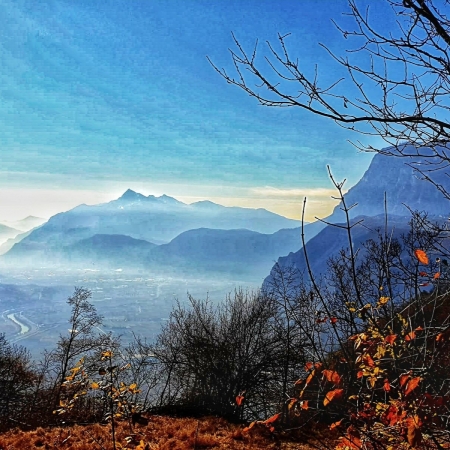 ‘Enjoy Dolomite Mountains!’ for one day, away from congested city…

Take a breath of clear air and immerse yourself in the Dolomiti natural landscapes, the mountain range located in Northern Veneto on the border with Austria.

‘Enjoy Dolomite Mountains!‘ begins in the morning at Piazzale Roma as you meet our tour guide.

A private luxury car drives us towards Belluno, the northernmost provincial capital of the Veneto Region at 1260 feet altitude.

This town is located down the river Piave, surrounded by the Regional Park of the Belluno Dolomites, an extension of woods of 3.450 square feet that was declared Unesco World Heritage in 2009.

We will head towards the northern Piave and travel long valleys lined with white stone hills, covered with pine trees and low bushes.

Then we arrive at Pieve di Cadore, where the stream Boite flows: this small town played an important role since the Roman age as a trading center at the intersection between two valleys.

In the early 15th century Pieve became the so-called fortress of the Cadore valley, due to the extensive fir, larch, and oak woods, used by Venice primarily for cargo and warships.

The cereals and wood trade, including artisanal products, encouraged the growth of a thriving merchant class eager to increase its social status through art and education.

One of them was the Vecellio family, well established in the area and known for some distinguished members like Gregorio, a refined councilor, and Tiziano Vecellio’s father, born around 1480.

As he moved to Venice, he started a brilliant career as a Renaissance European master, featured in our tours about Tintoretto and Titian.

The young Titian spent his childhood in Pieve di Cadore, where you can still visit his family home that preserves a collection of reproductions of the artist’s drawings.

An 1880 statue of this renowned citizen stands in the middle of Piazza Tiziano, surrounded by the 16th century ‘Palazzo Della Magnifica Comunità di Cadore‘ –Medieval autonomous region-, which was the first seat of the whole Cadore community.

Treat yourself at the picturesque coffee house on the ground floor. The upper level hosts the Archeological Museum, the Archive of State, and the Historical Library with old precious records.

As we continue ‘Enjoy Dolomite Mountains!‘ tour, we go through Tai di Cadore, a resort town with an unexpected Museum of the spectacles, due to the local production of sunglasses and glass lenses since the 1870s.

Today Luxottica, the world’s largest eyewear company, operates in Belluno province and is still led by Leonardo del Vecchio since 1961.

The cozy village of Tai marks the beginning of the long Ampezzo Valley up to Cortina, one of the most celebrated summer and winter resorts in Italy.

On the way, we enjoy the great extent of woods and the majestic volume of Mount Pelmo, about 10.400 feet high. As we pass San Vito di Cadore we see in the distance the peaks of the Cortina basin.

Cortina d’Ampezzo is surrounded by spectacular peaks over 10.000 feet high, like the massive Tofane, Pomagagnon, and Cristallo. Eastbound are the Sorapìss, Becco del Mezzodì, Croda da Lago, and Antelao.

The so-called “Queen of the Dolomites” has been the cornerstone of the tourist industry in northern Veneto since the mid 19th century, renowned for the international clientele who used to stay in the luxury Grand Hotels.

Due to its gorgeous location, Cortina attracted over time both the tourist elite and professional rock climbers, looking for exciting escapes or winter skiing.

In 1956 Cortina hosted the Seventh Winter Olympic Games: an imposing Olympic Stadium, the two artificial ice tracks, and Ski-jumping chute are in use.

We shall take a pleasant walk through Corso Italia, the posh shopping street, lined with international fashion stores, distinguished artisan workshops, and a well-stocked Coop supermarket.

Acclaimed traditional pastry shops are of great attraction for locals and travelers. We will not miss a gourmet break for a slice of delicious ‘strudel’ served with a homemade drink.

Among the noteworthy highlights: the 18th-century parish church of San Filippo e Giacomo, and Piazza Venezia with the 19th century ‘Casa Delle Regole’, for the administration of collective use of forests and pastures.

From Cortina our day on the Dolomite Mountains proceeds northeast towards the Cristallo range, including peaks over 11.000 feet, and the large Valfonda glacier.

Finally, we reach Misurina, renowned for its lake and the magnificent Tre Cime di Lavaredo mountains, the world-famous three heights next to each other.

In the end, it will be time to head towards Venice again and keep the memory of this exciting day in your heart.

If you wish to learn more about the Dolomites click here, it is A UNESCO website page.

Due to the lack of archeological finds concerning prehistoric or Roman ruins in the Cortina Valley, scholars believe that the earliest residential settlements date from the Medieval Age.

In the mid-12th century we bear witness of an independent Community –Magnifica Comunità- that corresponded with a commercial and administrative centre, as well as an ethnic group of people who had lived in the same area over the centuries.

The Republic of Venice was able to rule those people for a hundred years, until 1516 when the troops of Maximilian 1st, the King of the Germans, invaded the Veneto and annexed the northern part of the Region to the Hapsburg Empire.

The whole valley became one of the independent communities including the Val Pusteria and Tyrol, which was divided at the end of the WW1 in two sections, the North Tyrol to Austria, and the South Tyrol to Italy as a bilingual region.

Despite the spectacular location, Cortina was far from the main commercial routes of the Piave river and the Roman roads, so that the economy was based on livestock rearing and agriculture according to the natural cycle of the seasons and the respect of the alpine life.
What changed the destiny of this place was a road reconstructed in 1835 by the Austrians and meant as a Postal one.

Originally it was a Roman road which used to connect Northern Europe with the fertile plains of the Veneto and Venice itself, but in the 19th century it needed to be rebuilt part of it, from the Treviso province to Dobbiaco, for the Austrian Postal service. Hard to believe, but in roughly 20 years the 84 miles long “Strada d’Alemagna” –German Road- radically change the local economy and the lifestyle of thousands of people who had lived in isolation for such a long time.

The completion of another road, the Grande Strada delle Dolomiti in 1909 connecting the Alto Adige Region with the Cadore, and the new 1920 railway road to Dobbiaco set the stage for the growth of tourist industry, supported by the reputation of the luxury hotels of the late 19th century. At the turn of the 20th century Cortina was known as the “Pearl of the Dolomites” mainly by an elite of alpinists especially from England, Germany and Austria, and as a winter resort.

In fact the first Italian ski race in 1900 increased the interest of mountaineers in the area and after the WW1 the Italian government invested a large sum of money in the new ski facilities, the earliest cable cars as an effective means of propaganda.

In 1923 the Ampezzo area north Cortina was annexed to Italy, so this name was officially added to the celebrated tourist destination.
The popularity of Cortina d’Ampezzo as the perfect place for both the jet set and the alpine lovers was largely increased by the Winter Olympics in 1956.

The impressive Stadio del Ghiaccio –Center ice-, all the infrastructures built for this event attracted in the next decades a large number of visitors who had secondary houses built all over the Cortina basin, including the remote villages at high altitude.