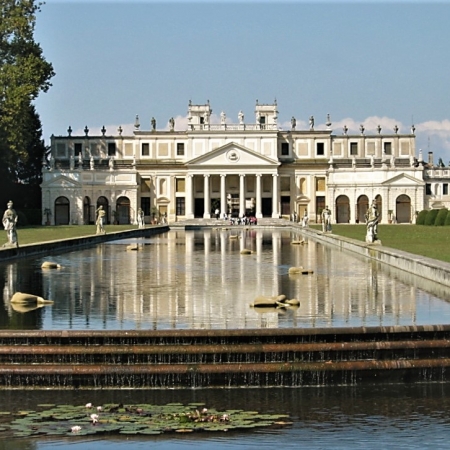 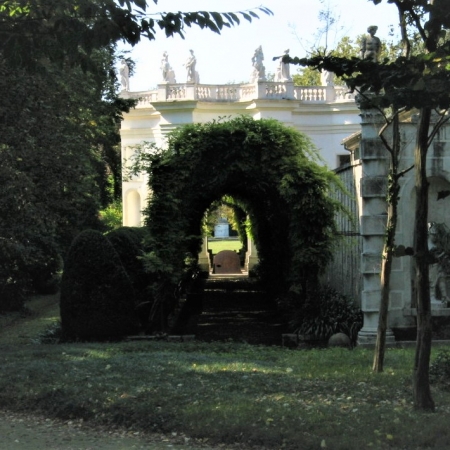 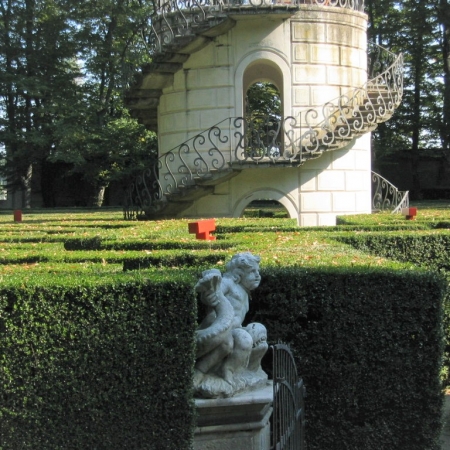 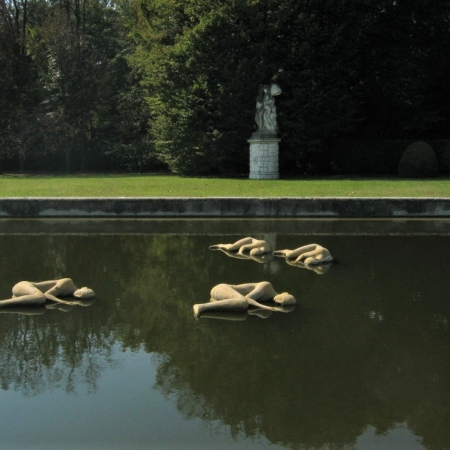 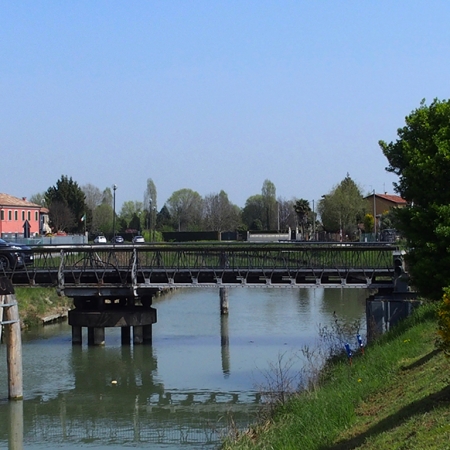 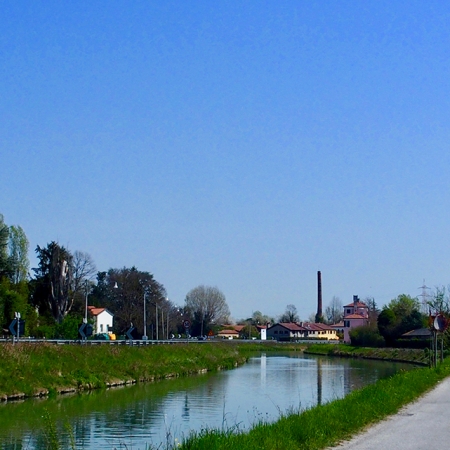 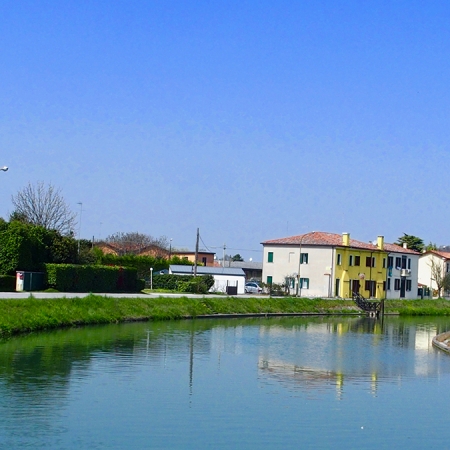 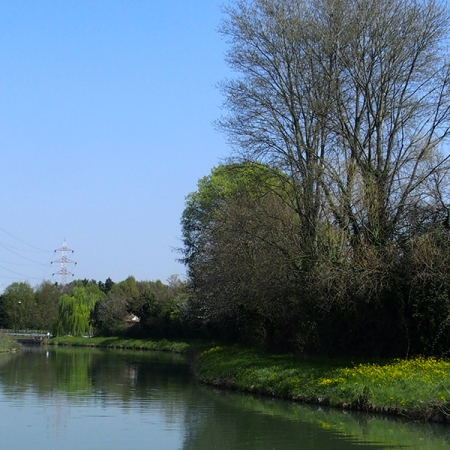 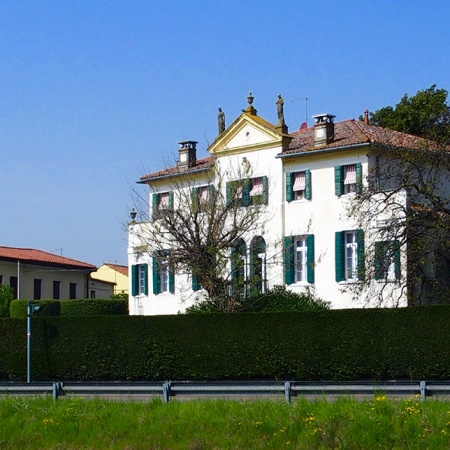 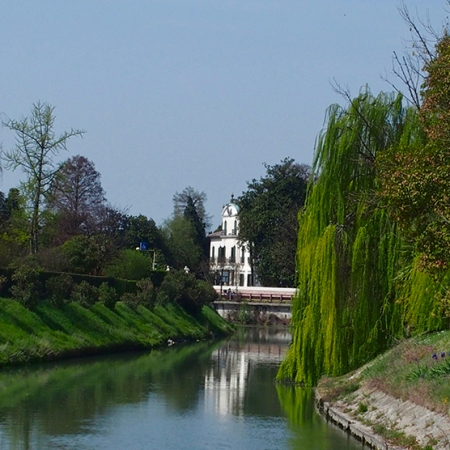 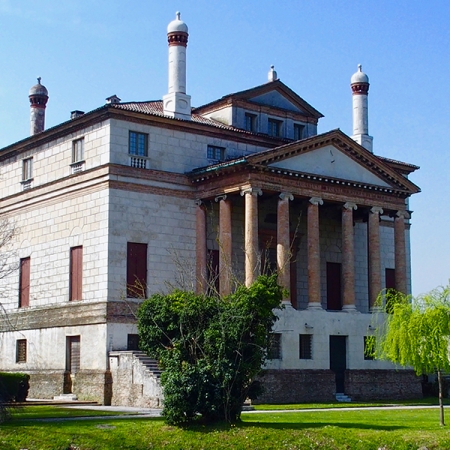 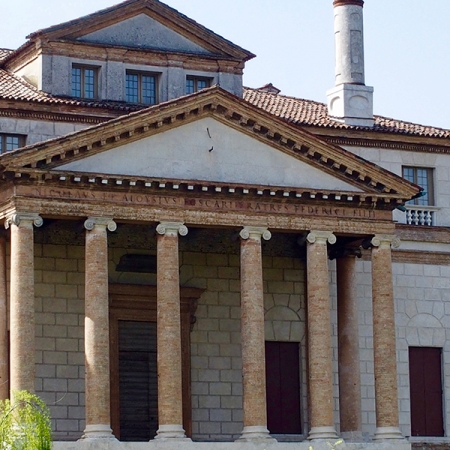 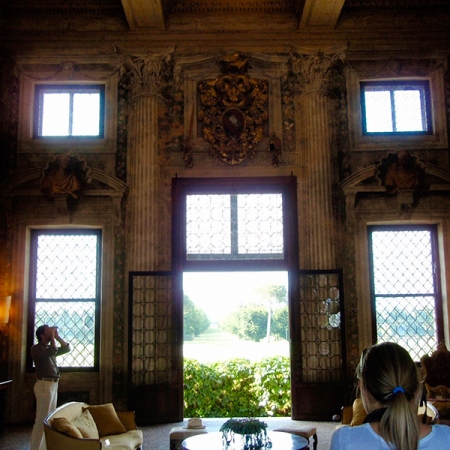 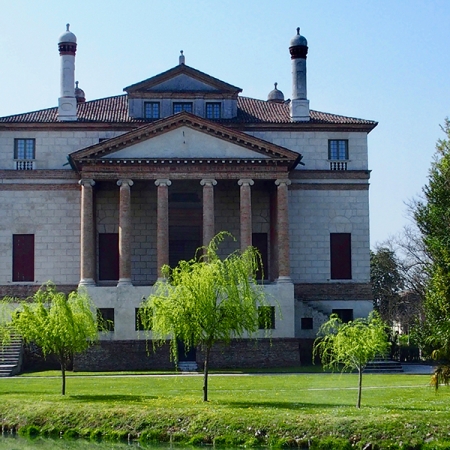 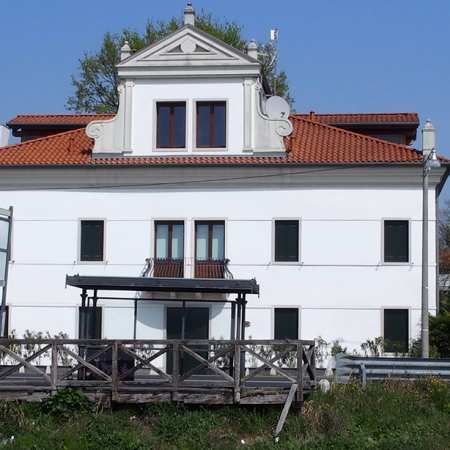 Treat yourself to the “Grand Villas by river Brenta“, a navigable canal flanked by Villas dating from the 16th through the 18th century.

Since the Roman age, this canal connects Venice Lagoon with the fertile Veneto Region, dotted with monasteries, convents, woods, agricultural areas, and workshops.

Today the small towns along the river are also known for the lovely gardens and superb family-run restaurants, known for delicious seasonal menus and tasty wines.

Our tour “Grand Villas by river Brenta” begins at Piazzale Roma or another Veneto location.

Get in a luxury private car with your guide and reach the suburb of Malcontenta, once located on the river delta, today in a large industrial area facing the Lagoon.

A Benedictine community in the old days reclaimed this vast area for agricultural and residential purposes.

Later, a distinguished aristocrat family, the Foscari, purchased part of the church property, not too far from their luxury mansion on the Grand Canal owned by Nicolò Foscari.

In the mid-16th century, he decided to build a suburban house as a grand summer resort.

The architect Andrea Palladio was operating in Venice after a successful early career in the Vicenza province, but most donors were clergymen. Foscari helped him debuting in the Venetian noble circle and increased his popularity among wealthy nobles.

Nicolò commissioned Palladio the project, started around 1555 and completed in 1560. The painters Giambattista Zelotti and Battista Franco were in charge with the frescos finished in 1561.

Villa Foscari is a massive block on flat land, with a high base supporting a portico jutting out from the central façade. It ended up being a fantastic lookout spot!

How delightful is the fresh breeze on the Greek-style porch, surrounded by swaying weeping willows and tall poplars along the river.

The handsome columned porch gives access to the living quarters, beginning with a central large reception hall flanked by smaller rooms, like a Venetian Palazzo.

Greek mythology was a great source of inspiration for Zelotti and Franco, while Ovid, a Roman poet, suggested moral subjects that suited the family education and ambitions.

On the reverse side, a matched pattern of semi-circular symmetrical windows is a pleasure for the eyes.

Among the many famous guests, it is worth mentioning Henry III King of France in 1574, Ferdinand II Duke of Tuscany, Frederick IV of Norway, and Augustus IV of Poland.

Villa Foscari is still the property of Nicolò descendants and was declared Unesco World Heritage in 1994.

We will get in our private car for the “Grand Villas by river Brenta” and drive the road along the tranquil course of the Brenta, lined with historic homes dating from the 17th through the 18th century.

Before the town of Stra, we will notice a long brick wall interrupted by elaborate gateways, ending with a majestic Neo-Classical façade: Villa Pisani, commissioned by the Venetian nobleman Alvise.

Girolamo Frigimelica, an architect from Padua, designed the project in 1721, and finished by his colleague Francesco Preti.

In the early 18th century, Alvise Pisani was Ambassador to the Court of Louis XIV in Versailles and later was elected 114th Doge of Venice. The exciting and luxurious lifestyle enjoyed there prompted him the dream of a private Chateau located in his estates.
Pisani hired the best regional painters for interior decoration, such as Jacopo Guarana for Greek subjects, Francesco Simonini for black and white landscape frescos on the walls. Giuseppe Zais from Belluno, for delicate views of the countryside, and Jacopo Amigoni for daring allegories.

Two celebrated painters in Europe, Giambattista Tiepolo and his son Giandomenico, painted a large ceiling fresco in the ballroom.

In the far distance, the Virgin Mary overlooks and protects the blessed Pisani family, surrounded by the four Continents, Greek deities, and eternal Fame.

The last descendant of the Pisani, who held Napoleon in high esteem, bequeathed him the Villa. The French Emperor was too busy arranging his military campaigns and entrusted it to his stepson Eugène de Beauharnais.

Occasionally the Villa was used for official ceremonies until it was declared Unesco World Heritage in 1996.

Do not forget to take a stroll in the big park at the rear, adorned with tall trees – magnolias and evergreens – in the 19th century, and walk through the so-called “ garden delights”.

Lovely gazebos, a maze, a long lemon glasshouse, are decorated with balustrades and fine stone statues.

The long canal, stretching back from the Villa, was added in the 20th century and used for water tests.
An impressive stable block marks the park boundary, today used for storage. It will be time to drive back to your point of departure.

In the Middle Ages it was diverted and partly reclaimed due to the frequent floods affecting the Venetian Lagoon, although it was exploited as a source of fresh water in case of draught.

In the 16th century the river was channeled in a new straight canal that reached the Adriatic Sea, bypassing the Venetian Lagoon. 100 years later the Government had a new canal dug, which was called “Seriola” and connected the Brenta to the nearest point on the mainland.

The fresh water was pumped into barrels and taken by boat to Venice in order to fill the 7,000 wells there, providing a daily supply of 3 gallons a day per person.

Continue reading
Due to its easy accessibility from Venice, and its green, charming landscape, the Brenta was an ideal setting for suburban holiday resorts and luxury farms.

The aristocracy cruised along the canal in their own fancy boats, while ordinary people took a ferryboat known as the Burchiello.

This name was derived from “burcio,” a large cargo riverboat pushed by long poles. The Burchiello was equipped with a nice cabin, but passengers could also sit on the roof and listen to famous arias from operas performed by the oarsmen.

Take the chance of a relaxing and instructive tour just few miles away from busy Venice.