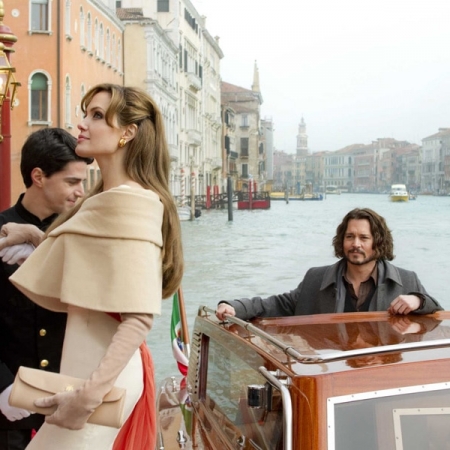 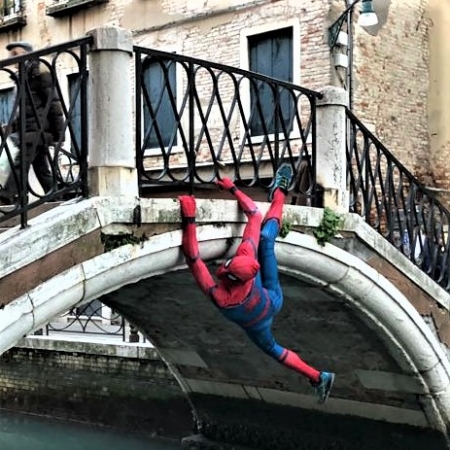 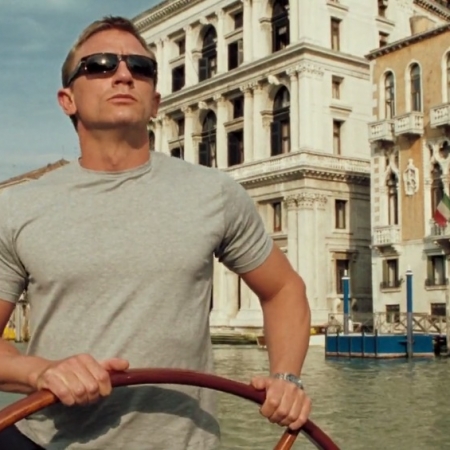 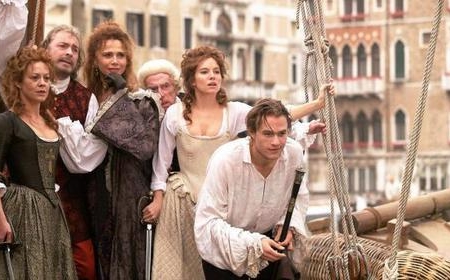 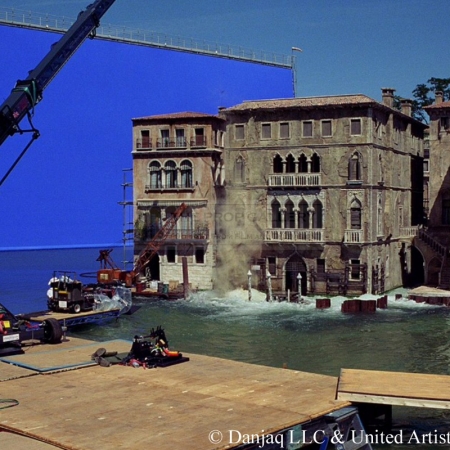 Our itinerary ideally starts by the iconic Danieli Hotel, location of two old James Bond movies: From Russia with Love (1963) and Moonraker (1979). Sean Connery and Roger Moore, unforgettable interpreters will be summoned up by our guide.

We shall stop with Lord Byron to meditate upon the Bridge of Sighs, reminding you that the same bridge is also visible in Madonna’s all-Venetian video Like a Virgin (1984).

In St Mark’s Square we linger with John Ruskin and his inspired words about the Basilica, we relive the crepuscular atmosphere of Thomas Mann’s Death in Venice.

Back in the 18th century with Lasse Hallström’s Casanova (2005). For the occasion they reconstructed the gallows in St Mark and brought horses into the Square!

We continue, on the steps of Marcel Proust and Nikita (1990), towards Via XXII Marzo, the high-end shopping street of Venice, home to some of the fanciest hotels in town.

In the wake of Woody Allen, Luchino Visconti, and Donna Leon we reach La Fenice Opera House, reconstructed after the fire in 1996.

We cross the Grand Canal using the shuttle gondola or traghetto by the Gritti Palace, the 5-star hotel where Hemingway used to stay. and we reach the Salute Church area.

Daniel Craig, (Casino Royale, 2006), makes a perfect James Bond style arrival to Venice with his sailing boat right here, at the entrance of the Grand Canal, one of the most scenic viewpoints of the entire city.

Proceeding into Dorsoduro we enter an area of the city that always inspired artists of different ages and nationalities. Ezra Pound and Josif Brodskij, just to mention two internationally known writers.

Arriving at Campo San Barnaba you will probably recognize the imposing white façade of the library in Indiana Jones and the Last Crusade (1989).

In this same square Katherine Hepburn had to dive repeatedly into the nearing canal in Summertime, (1955).

We stop on the top of the Accademia Bridge to admire Palazzo Barbaro, Henry James’ Palazzo Leporelli in The Wings of the Dove.

We continue our walk stopping by the secret courtyard behind Ca’ Pisani, where a sexy and scary Klaus Kinski interpreted Nosferatu in Venice (1988) and finally reach Rialto.

Across the bridge, along the Grand Canal by the market, we summon up Johnny Depp jumping from the roof of the fish market wearing his pyjamas (The Tourist, 2010).

Not far, Al Pacino, with his powerful interpretation of Shylock, played in pure Shakespearian English (The Merchant of Venice, 2004) will close our cinematic/literary review.

Venice was already a fabled city more than 500 years ago. Since then, it has attracted and seduced an extraordinary number of poets and writers, and the magic spell seems to be never ending.

The most recurrent motifs are those related with dream and unreality, love, intrigue,

Silent gondolas, sumptuous and yet decaying palaces, labyrinthine and somber alleyways, and canals are a sort of obsessive, collective imagery.   For the same reasons Venice is also one of the most cinematic cities of the world: more than 700 movies that have Venice as a backdrop, or, in certain cases, as a character