VICENZA, ON THE TRACKS OF PALLADIO 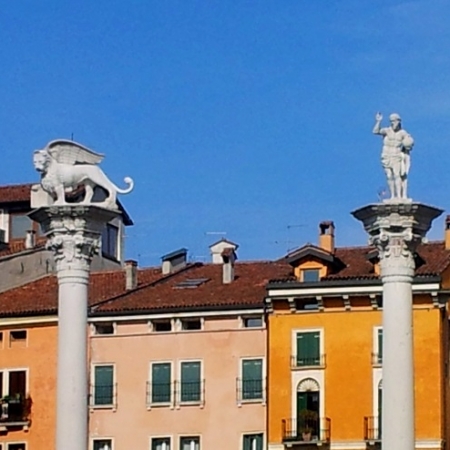 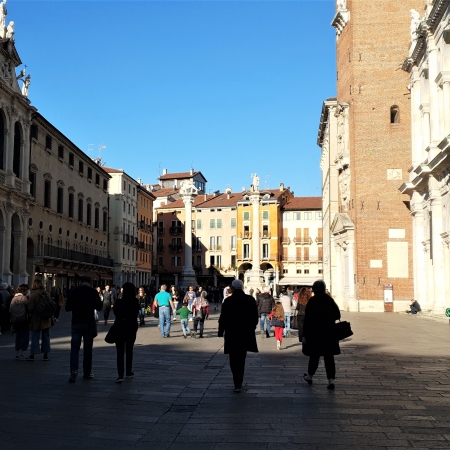 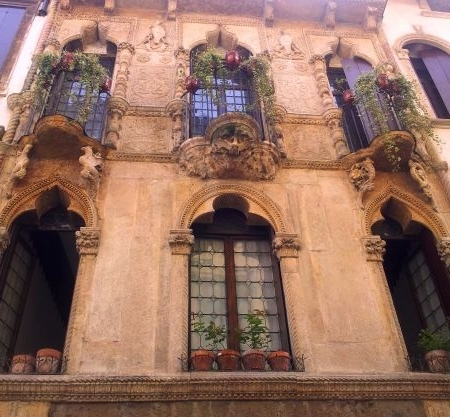 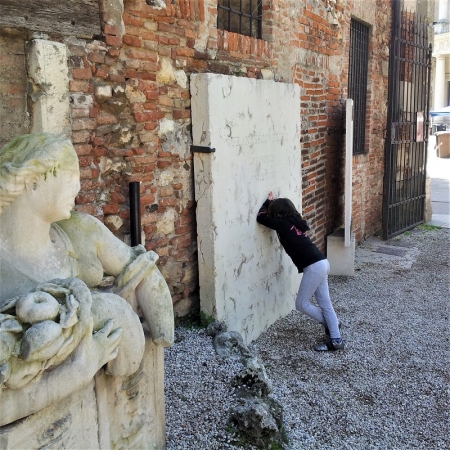 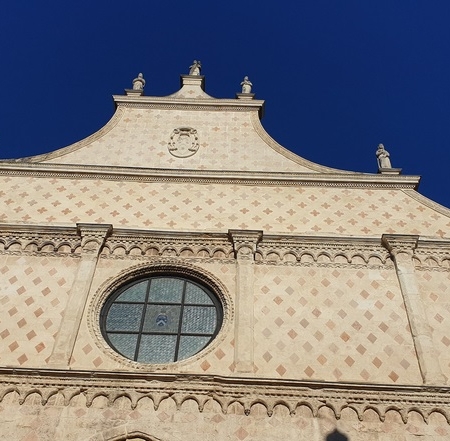 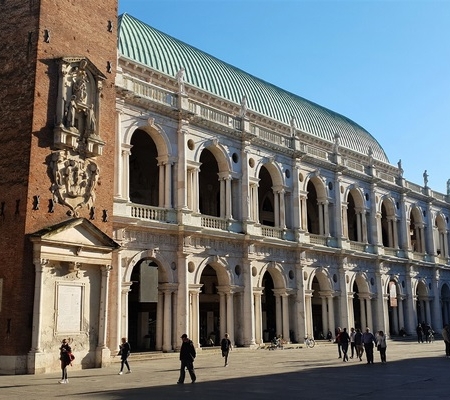 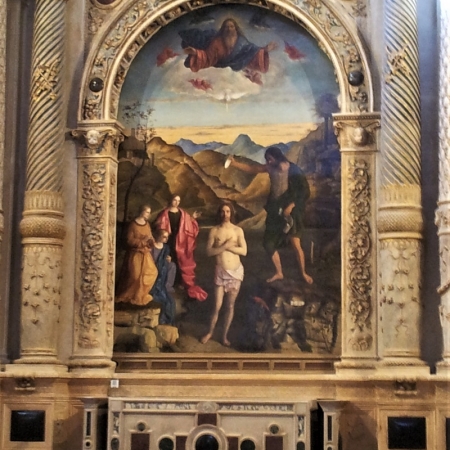 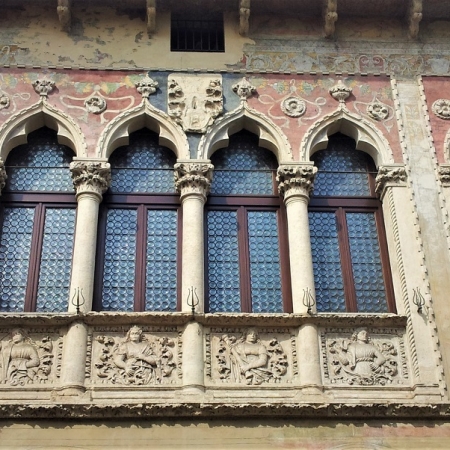 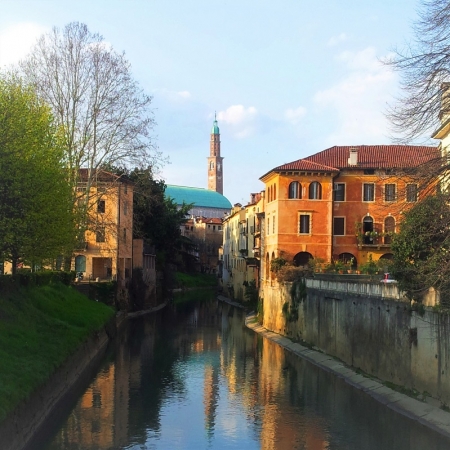 VICENZA, ON THE TRACKS OF PALLADIO

For the “Vicenza, on the tracks of Palladio” tour, take the train from Venice or Verona and meet your guide there.

In 1994 Vicenza was declared a UNESCO World Heritage Site, and is internationally known as “the city of Palladio”.
Therefore, we begin our tour with the Piazza dei Signori, once the political and commercial center, today a concentration of highlights.

The great Renaissance architect was the author of two imposing buildings, known as Loggia del Capitaniato and Basilica, or Palazzo della Ragione.

It was built in the mid-14th century as a Government seat and was entirely renovated a hundred years later by Andrea Palladio. He added an elegant double loggia all around the building, renamed Basilica, and used for the Justice administration.

In 1571-72 the master designed the Loggia del Capitaniato, on the northeast side of the square, a massive façade with four half-giant columns ending with big Corinthian capitals topped by a jutting entablature.

During “Vicenza, on the tracks of Palladio” we stroll along the main street Corso Palladio, which looks like a movie set flanked by a row of tall Renaissance buildings, once distinguished dwellings for the most prominent aristocrat families.

Among them, we cannot miss Palazzo Chiericati, commissioned by Girolamo Chiericati to Palladio in 1550, and Palazzo Barbaran da Porto designed by the architect in 1569-71 for Montano Barbaran.

The façade displays two overlapped rows of Ionic and Corinthian columns decorated with rich festoons and stucco bas-reliefs: in the modern age, the Ministry of Cultural Heritage purchased the building. Currently, it hosts a Palladio Museum and the International Center of Study Andrea Palladio.

A few steps away from the main street stands the church of Santa Corona, founded by the Dominicans in the 13th century.

The King of France Louis IX bequeathed the Bishop of Vicenza one Saint Thorn of Christ. Such rare relics needed an appropriate sanctuary for both the holy treasury and devotees.

We admire two masterpieces, the “Adoration of the shepherds” by Paolo Caliari called the Veronese, a stunning canvas dating from 1573, based on the contrast between the vibrant light emanating from the newborn baby and the night all around.

Continue reading
The other one is the “Baptism of Christ”, a late painting by Giovanni Bellini, considered one of his best works in the Veneto Region.

Another must-see masterpiece is the Olympic Theatre, the last work by Andrea Palladio in 1580, completed by his son Silla three years later according to the original plan.

The Theatre is still in use and represents one of the highest achievements of the Renaissance Age, in cultural and architectural terms.

On request and besides “Vicenza, on the tracks of Palladio“, you can extend your tour and add two suburban Villas, nearby the town center.

The first one is “Villa Capra” known as La Rotonda, a private rest home for the Canon Almerigo Capra who addressed to Palladio in 1567-68.

Set on top of a hill, the Villa is a centrally planned building inscribed in a square, with a Greek-style porch for each of the four sides, which inspired Monticello, Thomas Jefferson’s home in Virginia.

A short walk leads us to Villa Valmarana “ai Nani”, decorated with superb cycles of frescos by Giambattista Tiepolo and his son Giandomenico, surrounded by a large green garden with flowers and exotic plants.

Situated halfway between Venice and Verona, Vicenza exudes its own grandeur.
“Rome in miniature, a theatrical invention” is how Vicenza-born novelist Guido Piovene describes it; a city in black and white, with the tones of a copper etching set against the soft, rosy lights of the Veneto landscape.

The charm of this small town lies in this contrast; Neoclassic architecture of incomparable harmony set against the vaporous, evanescent colors of the land and sky in this part of the region.

Just like other Veneto towns, Vicenza has a number of Gothic houses, picturesque corners, bridges, and waterways with the Alpine foothills or the Berici Hills in the background.

Continue reading
However, the description of Vicenza as the Palladio shrine and the “one architect city” prevail. Consequently, Vicenza owes its fame to a single man, Andrea Palladio.

Born in Padua in 1508, the young architect was accepted by a group of Vicentine aristocratic patrons of good economic standing but scarce political heft.

Vicenza was never an independent city; it was instead passed from one dominating power to another, and in 1404 was definitively absorbed by the Venetian Republic.

Palladio knew how to express his patrons’ desires to show off their wealth and noble origins on a budget. He created beautiful, solidly built, comfortable homes, inspired by the “pure” architecture of ancient Roman times.

The mark of the great, innovative architect is everywhere: in townhouses, churches, the Palazzo della Regione in Piazza dei Signori, in the Olympic Theatre (completed by Vincenzo Scamozzi after Palladio’s death in 1580), and in the aristocratic villas outside of town.

Palladio’s international fortune was mainly due to his Four Books of Architecture, which enjoyed an enormous dispersion in Europe and in America for over three centuries.

He is by far the most renowned Renaissance architect in the world. Vicenza has been included in UNESCO World Heritage Sites list since 1994.